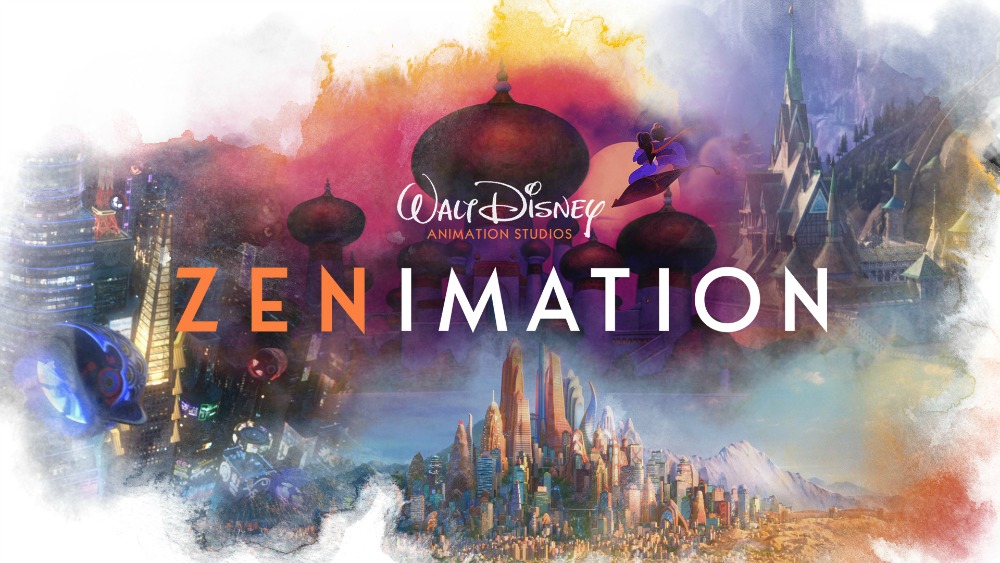 A new 10-episode series has just been released on Disney+ inviting viewers to unplug, relax, and refresh their senses for a moment of mindfulness with Walt Disney Animation Studios’ Zenimation – in what they’re referring to as “an animated soundscape experience.”

Whether it’s baby Moana being called by the ocean, Anna and Kristoff walking through an icy forest, or Baymax and Hiro Hamada flying over San Fransokyo, these iconic scenes become an aural experience like no other with the sounds of ocean waves, an icy forest, and soaring flight.

Zenimation pays tribute to both the visual and sound artists who have created Walt Disney Animation Studios’ legacy of films. The series was created and edited by David Bess and will contain the following episodes:

Water
Explore the sea with Moana, Ariel, and Elsa.

Discovery
Discover the world around you with Baymax, Elsa, Tarzan, and Rapunzel.

Flight
Fly with Aladdin and Jasmine, Baymax and Hiro, & Cody and Marahuté.

Night
Gaze at the night sky with Tiana, Rapunzel, The Aristocats, and Jim Hawkins.

Nature
Take in the beauty of nature with Bruni, Simba, Pocahontas, and Tarzan.

Serenity
Have a moment of calm with Belle, Mulan and Gramma Tala.

Water Realms
Surf with Lilo, cross the Dark Sea with Elsa, & restore the heart of Te Fiti with Moana.

Levity
Have a laugh with Flash the Sloth, Stitch, and Baymax.

Take a peek at the just-released trailer below.