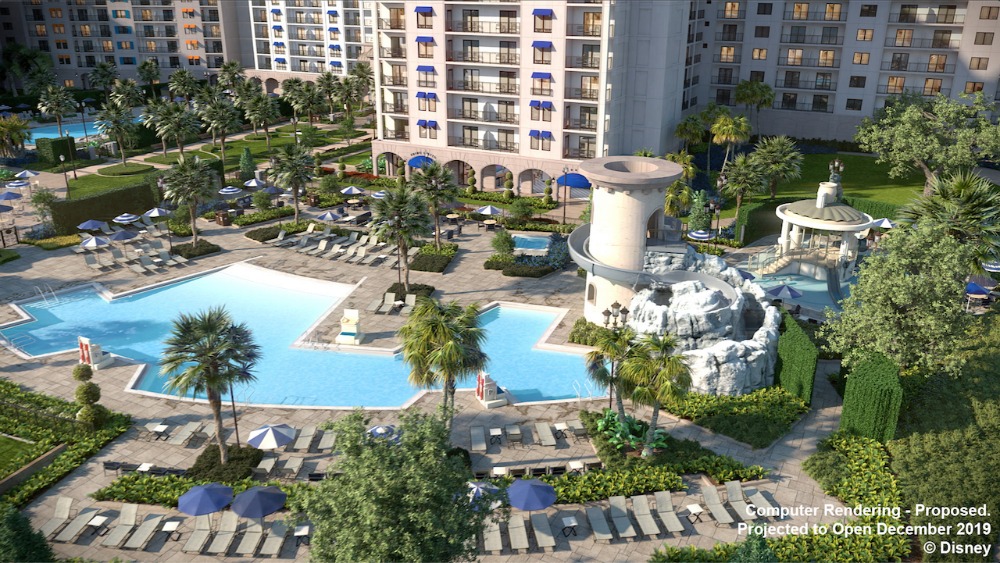 Some of you may have seen the sneak peek Disney shared last week of the crafting of their upcoming Riviera Resort and today, we have a look into how the Resort’s feature pool slide tower was created.

As we know, the inspiration for Disney’s Riviera Resort originated from Walt Disney’s travels throughout the European Riviera along with the art, architecture, and storytelling that he and his wife found there. Imagineers have woven those details throughout the entire resort, including the pool’s tower slide which was inspired by the stone towers and rocky bluffs that can be found along the European Riviera’s shores.

Disney’s Riviera Resort is the 16th Disney Vacation Club property and is set to open on December 16, 2019.