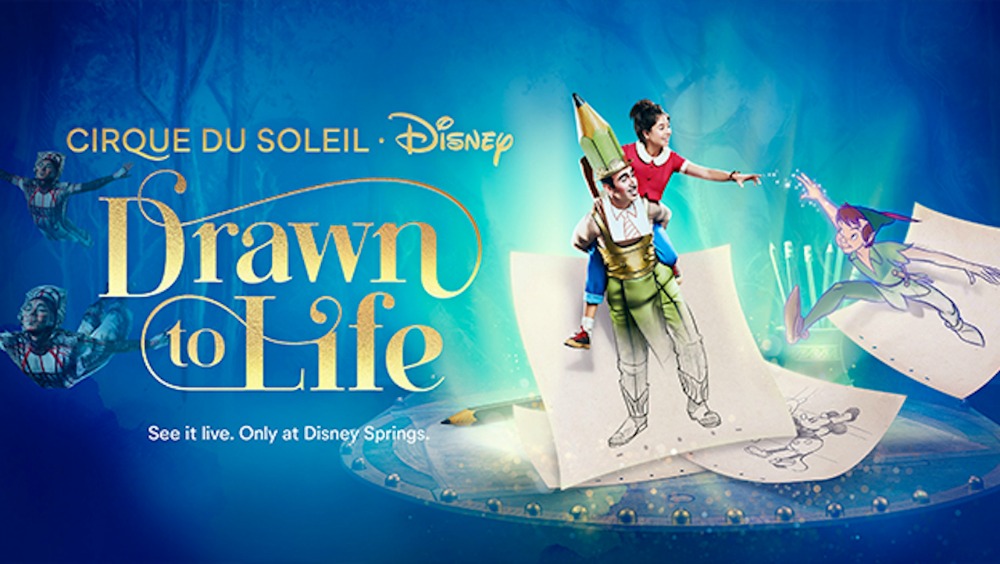 A brand new Cirque du Soleil show is coming to Disney Springs at Walt Disney World and in this week’s behind-the-scenes look, we learn a bit more about the story of the show along with the special cast of characters who will bring the story to life.

Drawn to Life is the story of the love shared between a father and a daughter. Julie, the main character, “is a courageous and determined young girl. Her father, Tom, was a Disney animator who raised his daughter and surrounded her with Disney animated characters who helped her grow and played important roles in her life.”

When Julie finds an unfinished animation piece and a letter from her late father, her imagination is awakened, and she embarks on an inspiring journey into the whimsical world of animation. Along the way, she meets characters like Mr. Pencil (her father’s favorite pencil), who help guide her. Julie also encounters Miss Hésitation, the story’s villain, who reflects Julie’s own doubts and fears as an artist.

Throughout her adventure, Julie is reunited with Disney characters from her childhood, giving her the encouragement she needs to animate with her own unique artistic voice.

Take a look at two acts from the show in the video below – The Inner World of Animation and Aerial Pencil: