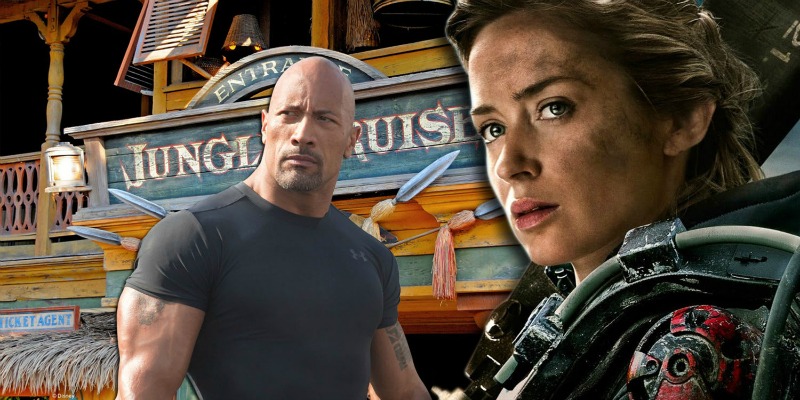 Welcome the talented, beautiful and bad ass Emily Blunt to JUNGLE CRUISE. @barackobama just confirmed to me the most critical deal points in her contract, so we’re gonna get along juuuuust great. Break out the tequila. All aboard. The adventure cruise of a lifetime. #BluntJohnson #Disney #JungleCruise

Earlier today, Screen Rant shared that Disney had an interest in signing on Emily Blunt to portray the female lead in their production of Jungle Cruise opposite Dwayne “The Rock” Johnson and this afternoon, Variety has confirmed that she is all set to star in the upcoming film.

Following in the footsteps of the Pirates of the Caribbean and The Haunted Mansion, Jungle Cruise will be the next film based on a Disney Theme Park attraction.

Disney has been trying to develop Jungle Cruise into a film for over a decade, with no success. With “The Rock” in the lead role and Jaume Collet-Serra (a veteran of four Liam Neeson actioners as well as Orphan and The Shallows) calling the shots, it’s looking like a go. Until now, “The Rock” has been the only notable star attached to the project.

In Jungle Cruise, Blunt will portray a “scientist who teams up with Johnson’s riverboat captain on the hunt for a magical cure.” Although this will be her third role in a Disney film, Jungle Cruise will be her first non-musical.

Blunt also has a role as the nanny in Mary Poppins Returns that is due out later this year. Her first role in a Disney film was Into the Woods in 2014.

No official release date has been set for Jungle Cruise, but filming is expected to start this Spring.