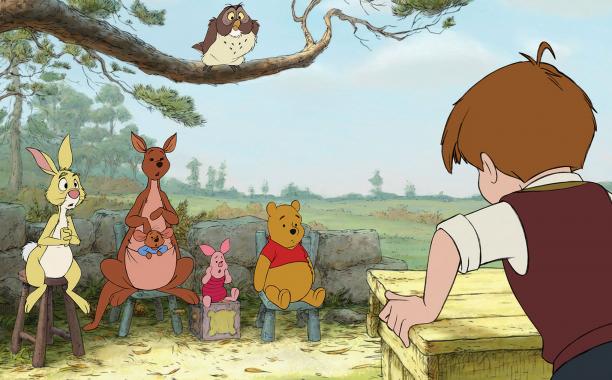 Disney has announced yet another live-action version of one of their animated properties.  An adaptation of Winnie the Pooh, based on Christopher Robin as an adult, is in the works with writer-director Alex Ross Perry (Listen Up Philip) writing the screenplay.
Disney has licensed the Winnie the Pooh character since 1961, using him in several TV shows and four films.
News source: Variety
Photo credit: Disney
ShareTweetSubscribe
Get 2 Extra Days Added to Your WALT DISNEY WORLD Ticket!