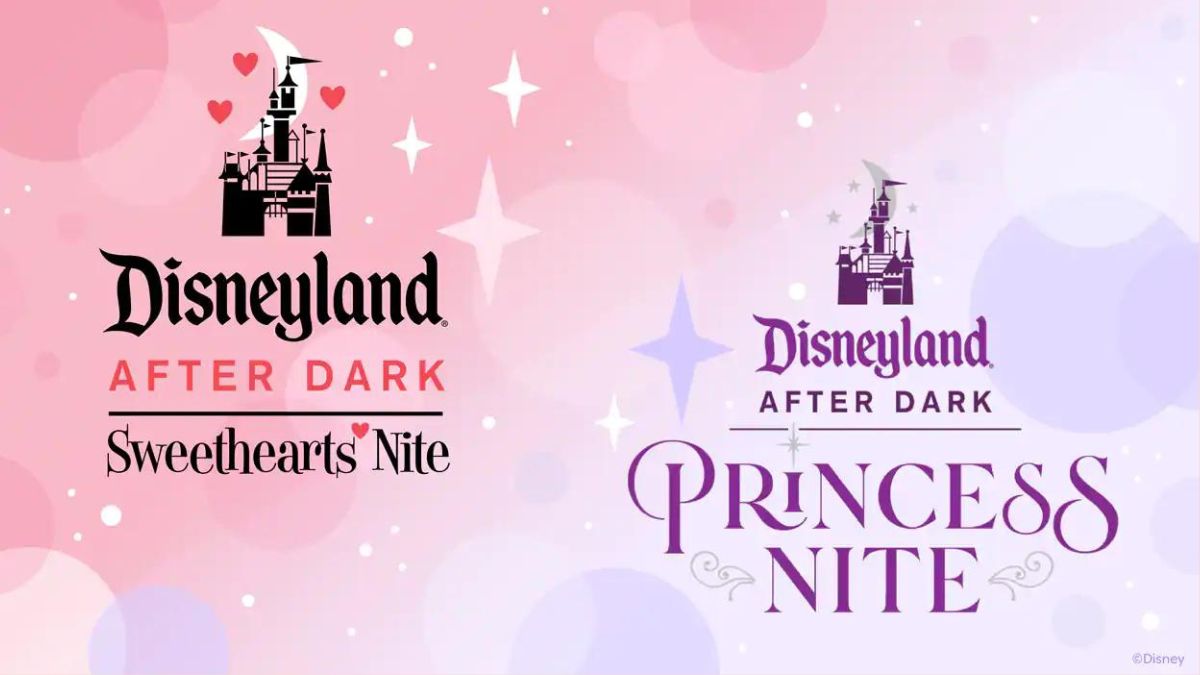 Disneyland After Dark will be returning to the California park in 2023. This will include Sweethearts’ Nite and the introduction of an all-new theme, Princess Nite. Here are all the details that Disney just released regarding the two events.

Sweethearts’ Nite will take place on seven different “date nights” in Disneyland park – the most ever for a Disneyland After Dark event! Celebrate the love of your life, your best pal, or cherished family at this very special evening that will put your heart a flutter:

You are invited to be royally fierce at Disneyland After Dark: Princess Nite! This all-new, first-ever event will be a celebration under the stars where adventurous heroines and aspirational hearts unite! Immerse yourself in this empowering night at Disneyland park with iconic characters who light the world with kindness, courage, and a touch of magic. With shimmering décor, special photo opportunities, themed food and beverage offerings, commemorative keepsakes, and characters galore, you’ll be ready to step into your own adventure of bravery and grace.

If you aren’t familiar with how these parties work and the flow of the event, here is a breakdown of the hours and all the extra fun.

Disneyland After Dark begins with a three-hour pre-party mix-in from 6 p.m. to  9 p.m. PT at Disneyland park, then the private party begins from 9 p.m. to 1 a.m. PT, which also means you may ride some popular attractions after regular park hours! Additionally, at each of these events, you’ll receive unlimited digital downloads of Disney PhotoPass photos taken during the party, plus commemorative keepsakes including a souvenir credential and event guide map, so you’ll have lots of fun ways to remember your Disneyland After Dark experience!

These two After Dark events look like a lot of fun, it makes me wish we had them here at Walt Disney World. If you could create an After Dark party for WDW, what would it be, and which park would it be in?