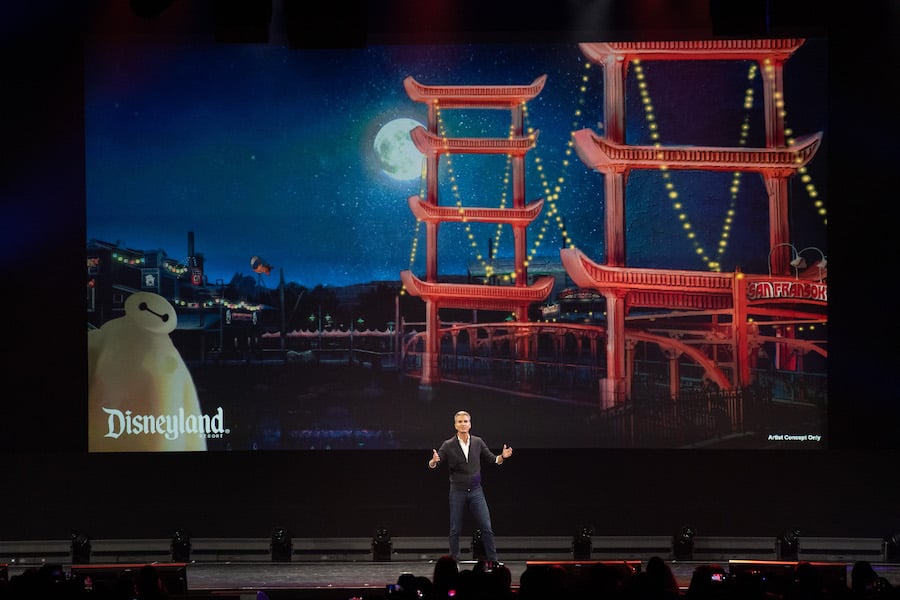 Disneyland lovers like myself have spent years thinking that the Pacific Wharf area of Disneyland’s California Adventure was letting the park down. Especially with the more recent upgrades of Pixar Pier and the Avengers Campus, Pacific Wharf really only served as a place to be seated for some well-deserved lunch. Well, that is all about to change.

Another D23 surprise delighted audiences today with the announcement that the Pacific Wharf area would be reimagined into San Fransokyo from Big Hero 6! The location is said to include a Baymax meet and greet area – undoubtedly putting some of that new oversized character technology we saw a few days ago to use – and places to eat and shop.