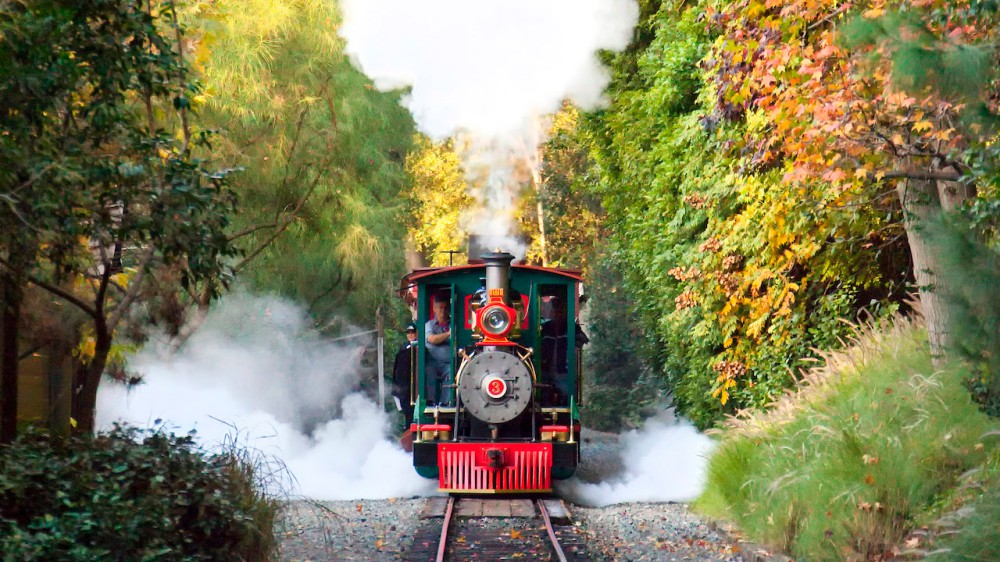 Disneyland has released a few more details about the new banks of the Rivers of America that will be on display when the Disneyland Railroad and river traffic return to Frontierland later this summer.

Early on during construction, we got a peek at the new riverbank, but now we’ve learned that there will be FIVE new waterfalls, reminiscent of the Big Thunder Waterfall and Twin Sisters Waterfall that used to flow in the area.

The Mark Twain and Sailing Ship Columbia will once again travel along the Mississippi, Columbia, Missouri and Rio Grande rivers, plus the new waterfall section themed to the Columbia Gorge.

Some great news is that the Indian Village will still be around, but will be in a new location and will feature the Shaman telling of a story of “how the hummingbird taught the Indian chief to make a flute.”

Much of the new banks and waterfalls will also be visible from the Disneyland Railroad as it travels on its new path, which includes a trestle that extends into the river and for the first time includes a left-hand turn.

An opening date for the Rivers of America and Disneyland Railroad has not yet been released.