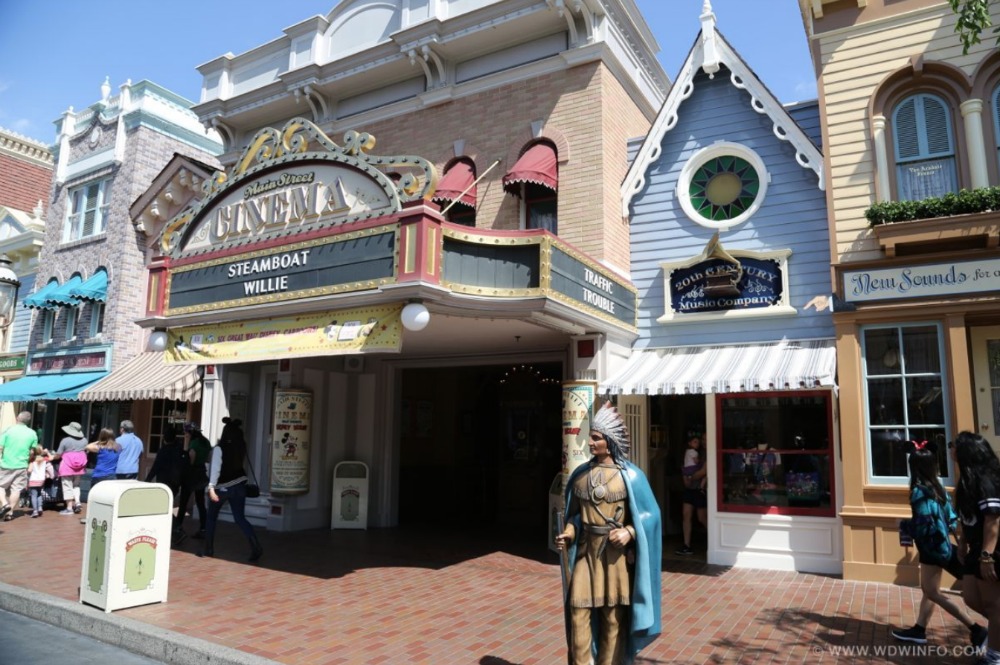 June 20, 2019 UPDATE: All merchandise has been removed from the Main Street Cinema and benches have been added.

UPDATE: Disneyland officials responded to to the change with the following statement:

“We continue to operate Main Street Cinema as a theater and there have been no changes to film showings. We’re looking at a variety of ways to drive interest in this beloved location.”

In a rather surprising turn of events, the Main Street Cinema at Disneyland Park has been transformed into a gift shop.

Steamboat Willie along with several other Walt Disney cartoons have been playing in the Main Street Cinema offering guests an air-conditioned place to sit down and take a break.

Head over to the thread entitled, “Main Street Cinema Now A Store” on our Disneyland – California discussion forums to see what folks are discussing and to add your own thoughts.