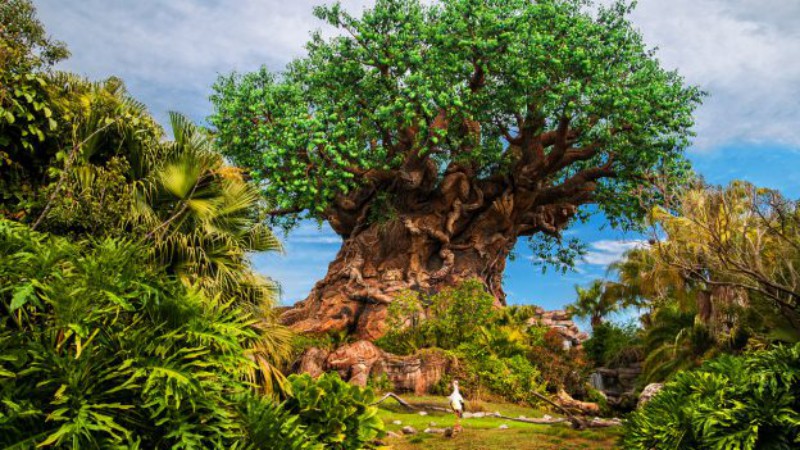 Disney’s Animal Kingdom will honor the 50th anniversary of Earth Day and the 25th anniversary of the Disney Conservation Fund with a multi-day celebration starting April 18th and continuing through Earth Day, April 22nd.

The Theater in the Wild will play home to the Wild by Nature Speaker Series featuring animal experts, educators, and conservation “heroes,” plus explorers and photographers from National Geographic.

Again this year, Walt Disney Imagineer Joe Rohde will host Tiffin Talks, a ticketed event that includes a four-course meal and stories from Rohde of his research trips and exploration. Registration for Tiffin Talks will begin on February 18th.

Producer Roy Conli will host discussions on Disneynature films Elephant and Dolphin Reef, both of which will be coming to Disney+ in April.

The Disney Conservation Fund will present Stories from the Field, which will showcase 25 global wildlife heroes and many will talk about their work saving at-risk wildlife around the world. Some of the stories will also be part of a new 25th anniversary book, “Disney Conservation Legacy,” which will be available to purchase during the celebration.

The Animation Experience at Conservation Station, where guests can learn how Disney animators bring characters to life using real live animals, will be hosting special Disney characters during the celebration.

If you can’t make it to Animal Kingdom, National Geographic and Nat Geo WILD will be presenting BORN WILD: EARTH DAY LIVE starting at 8:00pm eastern on April 22nd. The special, hosted by ABC News anchors, will include a look at Animal Kingdom as well as other breathtaking environments around the world.

More details of Animal Kingdom’s multi-day celebration will be announced as the event nears.