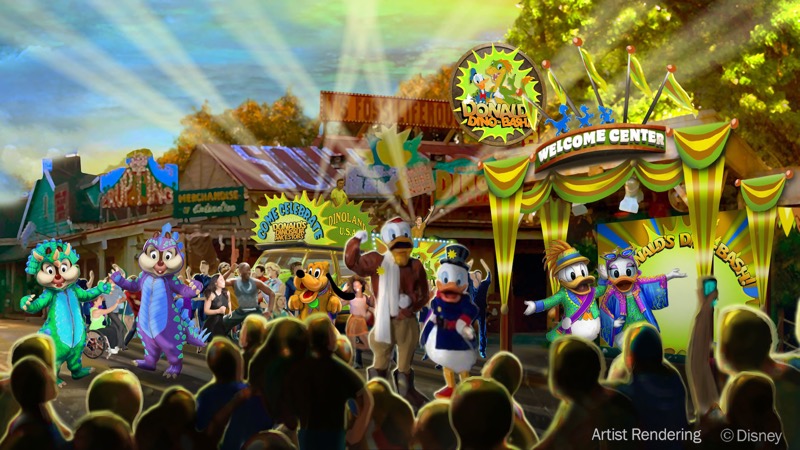 Earlier this month, we reported that starting on May 25, 2018, Dinoland U.S.A. would be hosting Donald’s Dino-Bash. It was previously believed that this was a limited time event, but according to the Disney Parks Live Entertainment show director Mark Renfrow, Donald’s Dino-Bash is a permanent addition to Disney’s Animal Kingdom. In the Orlando Sentinel, Renfrow said, “It’s here forever.”

During Donald’s Dino-Bash guests can meet Donald, Daisy, Goofy, Pluto, Launchpad McQuack, and Chip ’n Dale in their dinosaur costumes! The celebration is due to Donald’s unexpected discovery that his ancestors were descendants of dinosaurs!