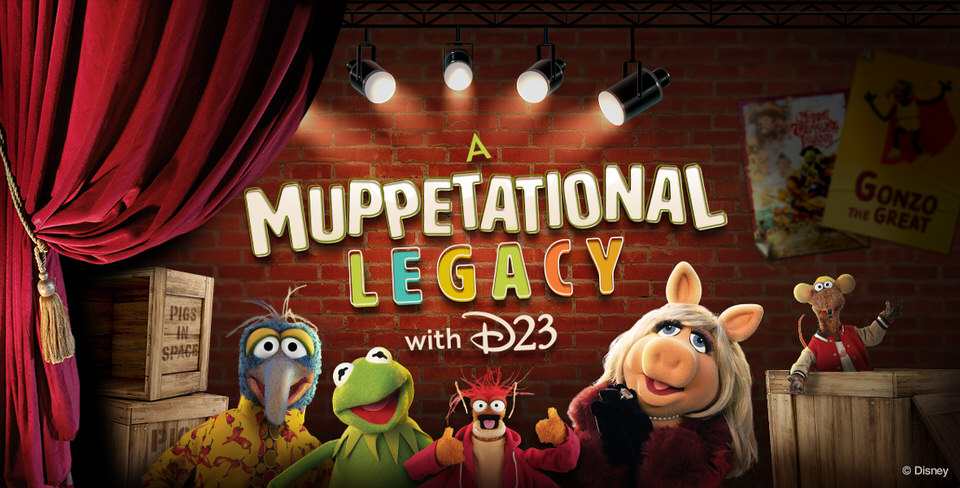 Will there ever be enough Muppets? The answer is no, but D23: The Official Disney Fan Club will be helping us get our fix next week with a celebration of The Muppets!

Let’s start with the most exciting news. D23 will debut an all-new panel – A Muppetational Legacy with D23 – that will be free and available to both General and Gold D23 Members on Thursday, February 18, 2021 at 7:00 p.m. EST on D23.com, Facebook and YouTube. The panel will help celebrate the 25th anniversary of Muppet Treasure Island and the 30th anniversary of Dinosaurs (now streaming on Disney+), along with the arrival of The Muppet Show on Disney+.

If you feel like you need to catch up on Muppet Treasure Island before watching A Muppetational Legacy with D23, you’re in luck! On Tuesday, February 16, 2021, D23 will be hosting a Muppet Treasure Island 25th Anniversary Tweet Party. Start streaming the film on Disney+ at 7:00 p.m. EST and head to D23’s official Twitter page for fun facts, trivia, and a few surprises!

Finally, the D23 Inside Disney podcast will have an in-depth Muppets episode next Thursday. You can find the podcast on Apple Podcasts, Stitcher, Spotify, Google Podcasts and TuneIn.

One last thing – merchandise. D23 Gold Members will be able to buy amazing Muppet Treasure Island Kermit the Frog and Fozzie Bear pins on shopDisney at 10:00 am EST on February 15, 2021. Starting today, D23 Members can also get Muppets merchandise online from BoxLunch for 30% with a special offer code.

There’s still not enough Muppets in the world, but D23 will definitely help fill the gap next week. Remember, there’s also lots of Muppet movies and television also available on Disney+ right now!