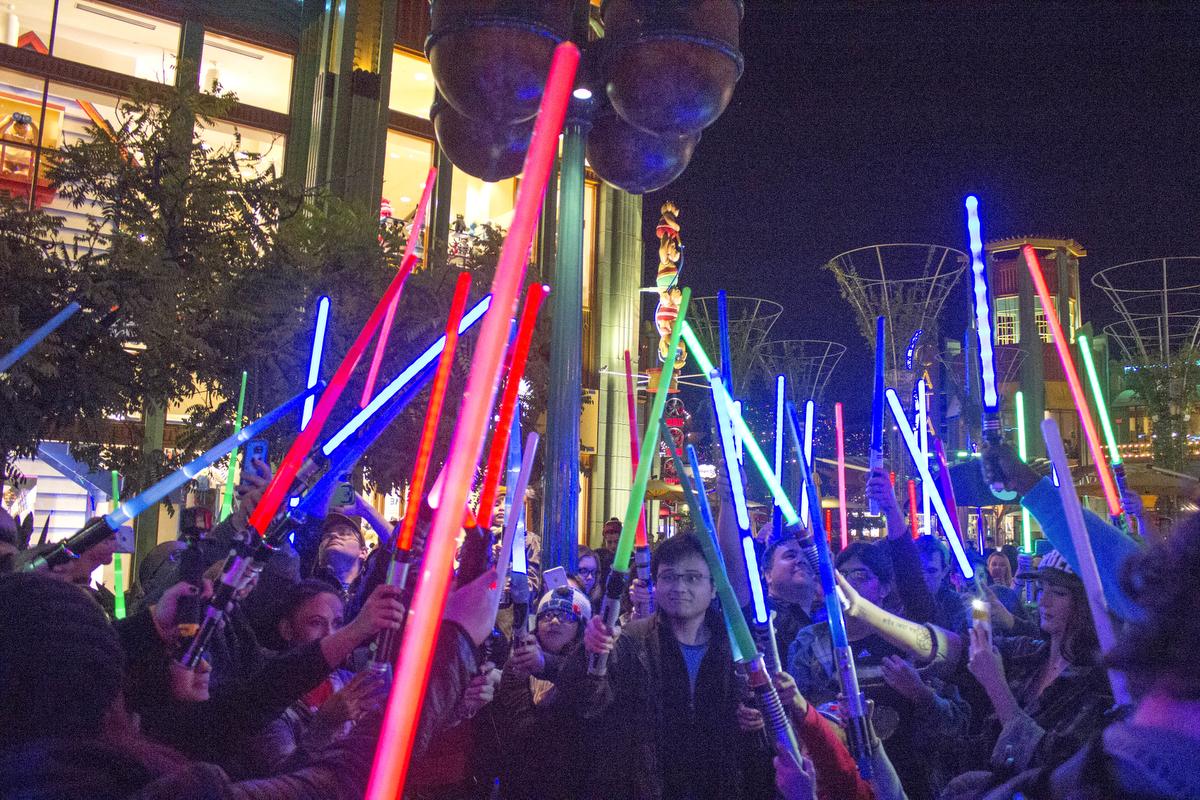 Nearly 100 fans gathered in Downtown Disney at the Disneyland Resort on Wednesday night for a lightsaber tribute to Star Wars icon Carrie Fisher.

After a similar event fell through Tuesday night, Anaheim resident Jeff Rowan took to social media and organized the event himself.

Fans gathered near Tortilla Jo’s restaurant, then at 7pm all raised their lightsabers in a tribute to Fisher, who died Tuesday, and her mother Debbie Reynolds who had died Wednesday. Organizer Rowan proclaimed, ” To Carrie Fisher, our Princess Leia, and to her mother, Debbie Reynolds, who passed away today.”

Rowan was surprised that so many fans showed up for the last minute event, telling the OC Register, “Never in my wildest dreams did I think this many would show up.”