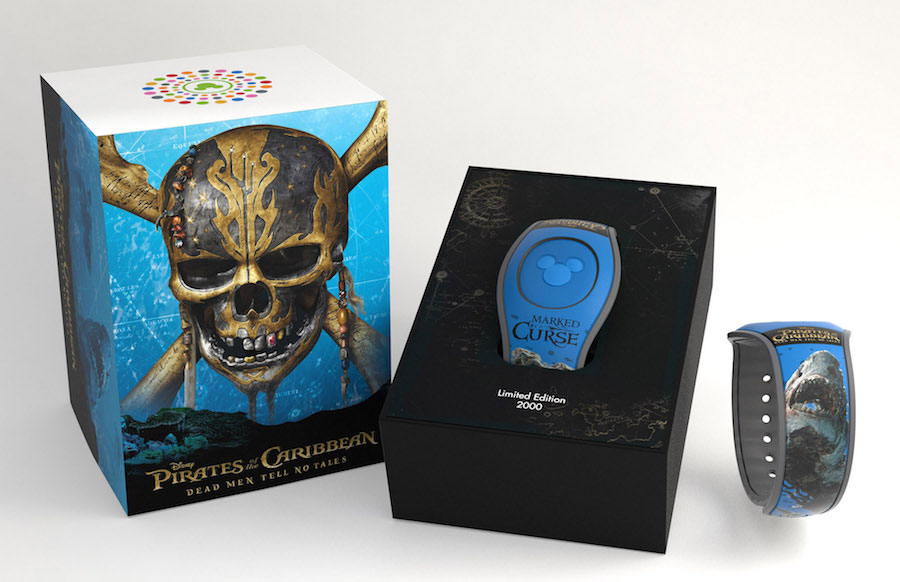 ShareTweetSubscribe
The latest installment of the action adventure franchise Pirates of the Caribbean has finally arrived. Dead Men Tell No Tales opens in theaters nationwide today, and the Walt Disney World Resort has plenty of new pirate booty to put you in the plundering mood. The Pirates films feature plenty of unique jewelry adorning their characters, but one thing even Jack Sparrow doesn't have is a Dead Men Tell No Tales themed MagicBand. The band features the film's logo, as well as one of the creatures from the movie. Adding to the list of wearable baubles are four new pins.

The skull and crossbones pin is a limited edition, so snatch it up quickly.

An array of t-shirt designs for all ages/genders have been released, so you can proudly present your swashbuckling style while you are in the parks or on the town. Lastly, if having a pirate print on your shirt isn't enough to show your love of the buccaneer life, don't worry, there is something for you as well. The Captain Jack Sparrow Costume is all you need to get in the pillaging mood; it includes a coat, vest, pants, and belts. For your smaller pirates-in-training, there is also the Jack Sparrow Costume Accessory Set. The set comes with a sword, scabbard, and Jack's compass included. You can also find these and other Pirates merch on the Shop Disney Parks app. Source/Images: Disney Parks Blog
ShareTweetSubscribe