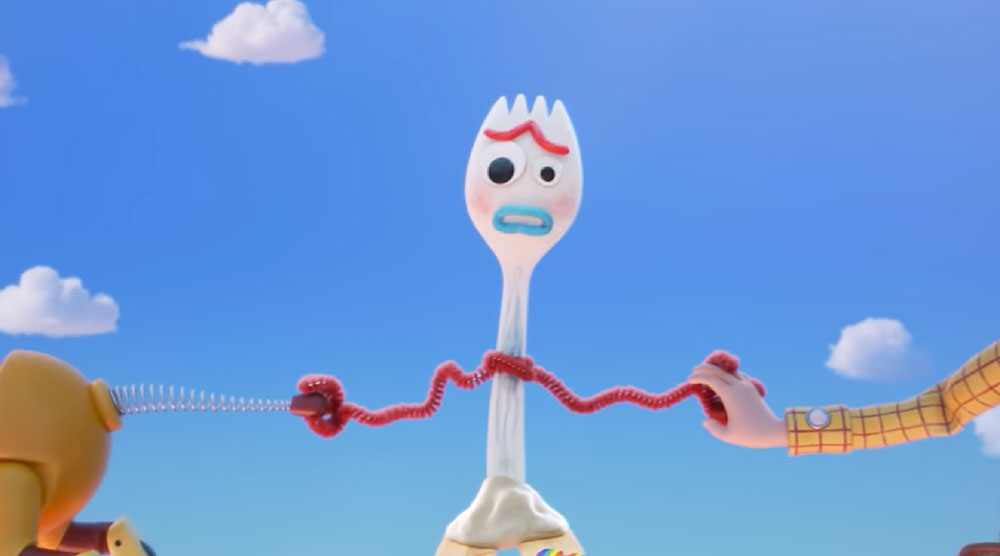 Toy Story fans finally have a first look at what’s in store when the next installment of the series debuts on June 21st of 2019 — Disney·Pixar released a teaser trailer today for Toy Story 4.

This is only a teaser, so the video itself doesn’t go into detail about the plot. It does, however, introduce a new character to the franchise. As the cast of beloved toys from the previous films dance hand-in-hand in a slow motion circle, we see them joined by a new makeshift “toy” — a spork with googly eyes and pipe cleaners for arms.

We do get some background into the plot and this new friend from the video’s description:

Woody has always been confident about his place in the world and that his priority is taking care of his kid, whether that’s Andy or Bonnie. But when Bonnie adds a reluctant new toy called “Forky” to her room, a road trip adventure alongside old and new friends will show Woody how big the world can be for a toy. Directed by Josh Cooley (“Riley’s First Date?”) and produced by Jonas Rivera (“Inside Out,” “Up”) and Mark Nielsen (associate producer “Inside Out”), Disney•Pixar’s “Toy Story 4” ventures to U.S. theaters on June 21, 2019.

If you haven’t seen the teaser yet, check it out below: