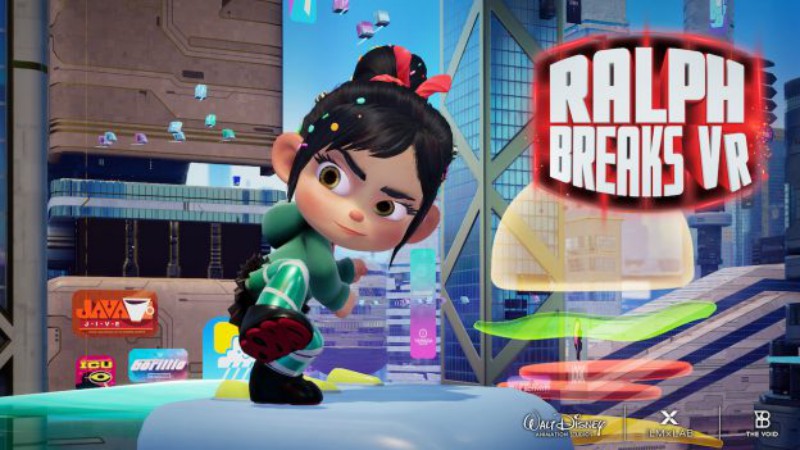 Beginning today, tickets can be purchased for Ralph Breaks VR, a new hyper-reality experience by ILMxLAB. The new adventure based on the upcoming film Ralph Breaks the Internet will be available at The VOID in Downtown Disney and Disney Springs beginning November 21st.

During the game, guests will be immersed in the world of the new film and interact with Wreck-It Ralph and Vanellope von Schweetz, helping them break into the internet.

Look for two new locations during Ralph Breaks VR: Dunderdome and Pancake Milkshake Diner. Also keep an eye out for a brand new antagonist, B.E.V. (Built to Eradicate Viruses), who is voiced by writer Pamela Ribon.

Vicki Dobbs Beck, Executive in Charge at ILMxLAB, said of the new experience:

There is nothing more magical than stepping inside a rich animate world – especially one filled with color, life, humor and delightful characters as is the case with Ralph Breaks the Internet. Ralph Breaks VR is an experience that brings a smile to your face and the desire to have another go around with friends and family.

Star Wars: Secrets of the Empire will continue to be available at The VOID on alternate days.

Guests wishing to experience either adventure at The VOID must be at least 10-years-old and 48″ tall.

Here’s a closer look at the new experience: