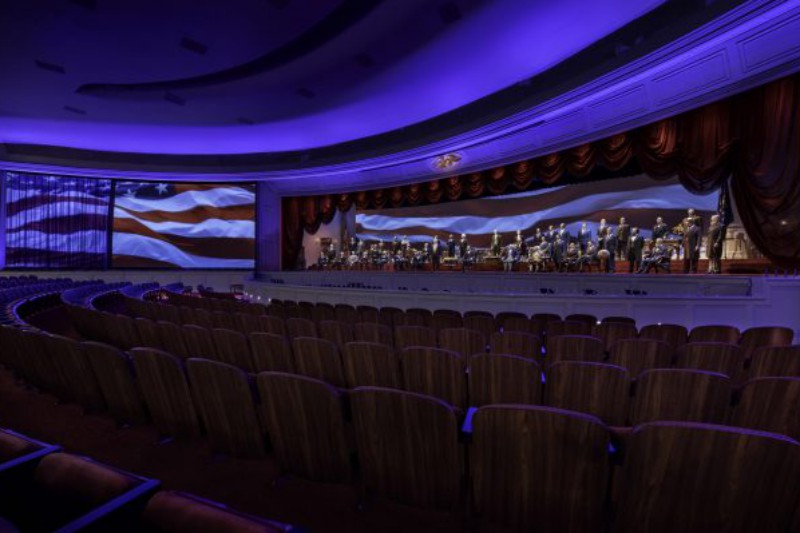 After being closed for more than a year, The Hall of Presidents at the Magic Kingdom will reopen Tuesday, December 19th. The attraction has been enhanced and will “bring the story of the American presidency to life as never before.”

President Donald J. Trump has been added to the show and, as has been the tradition for recent presidents, has recorded remarks for his Audio-Animatronic figure. President Trump’s figure features the latest technology, with more smooth and lifelike movements. In addition to adding President Trump and updating the show’s content, Imagineers have updated the sound and lighting, plus added high-impact projection on a new 180-degree screen.

The Hall of Presidents opened with the Magic Kingdom in 1971 and has been honoring the presidents of the United States ever since.