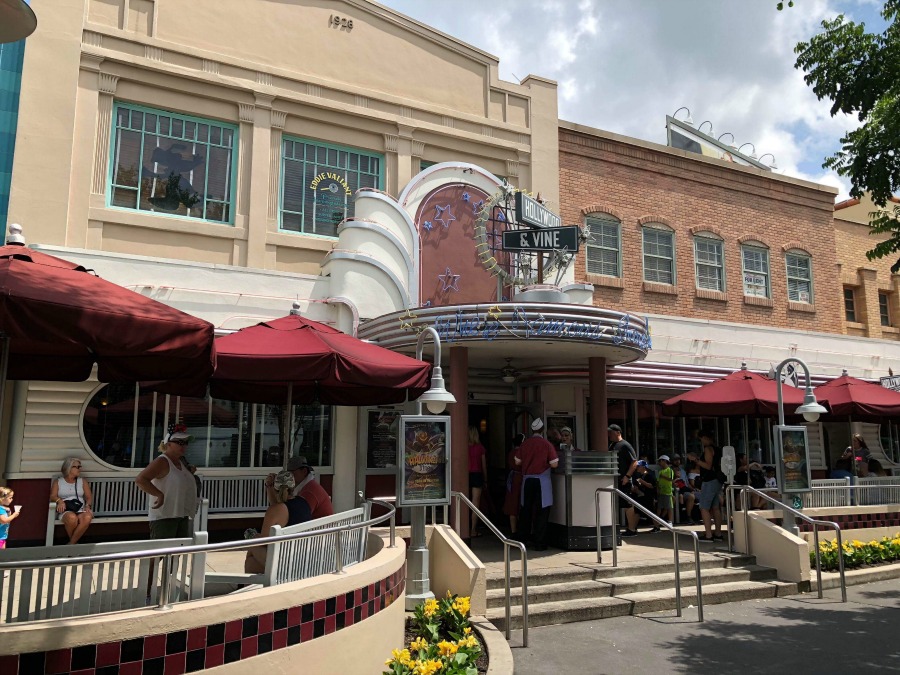 Walt Disney World has announced that the buffet at Hollywood & Vine in Disney’s Hollywood Studios will return on August 28, 2022.

This character dining location has Disney Junior friends at breakfast, then Minnie Mouse and her friends are present during lunch and dinner.

Here are Disney’s details about what to expect on the buffet:

For breakfast, this spot will be serving up options like Brioche French Toast with Banana Foster Sauce, Salmon and Bagel Casserole, and Plant-based Frittata with tomato jam. As the day goes on and Minnie and the gang come out to play, the buffet will switch over to tons of yummy plates, including the Plant-based Roasted Mushroom Farro Risotto, Slow-roasted Crispy Pork Belly with Guava glaze, and Shrimp and Bacon Mac & Cheese. And to perfectly finish off your meal, there are plenty of desserts to choose from, such as the Mississippi Mud Pie or the PB&J Tarts.

Also at Disney’s Hollywood Studios, Mama Melrose’s Ristorante Italiano will be serving up several new menu items inspired by classic Italian cuisine in late June – below is a look.

For starters, the Fried Fresh Mozzarella is a must-try with marinara sauce, ricotta salata, and lemon oil, while the Grilled Bone-in Pork Chop entrée can’t be missed. This dish is accompanied by creamy polenta, roasted tomatoes, mustard vincotto, and charred broccolini. You can also indulge in enhanced versions of Mama’s Italian Pasta and the Sustainable Fish dish. For a grand finale, there are several new eats to choose from – the Mini Cannoli Trio, Colors of Italy Cheesecake, Mama’s Cookies To Go, and Blueberry Frangipane Tart.

Finally, over at Disney’s Old Key West Resort, Olivia’s Cafe will offer their delicious brunch service every day of the week beginning on September 1, 2022. Disney says reservations will be opening soon, so be sure to keep an eye out for that. Classic brunch items such as the Southernmost Buttermilk Fried Chicken and the Papa’s Hash will remain on the menu along with the Loaded Key West Bloody Mary. A new offering has also been added to the menu – Banana Bread Pudding made with Bahamian banana-rum syrup and coconut whipped cream with your choice of bacon, sausage, or ham.

Which bit of this foodie news floats your boat? Let us know in the comments section!