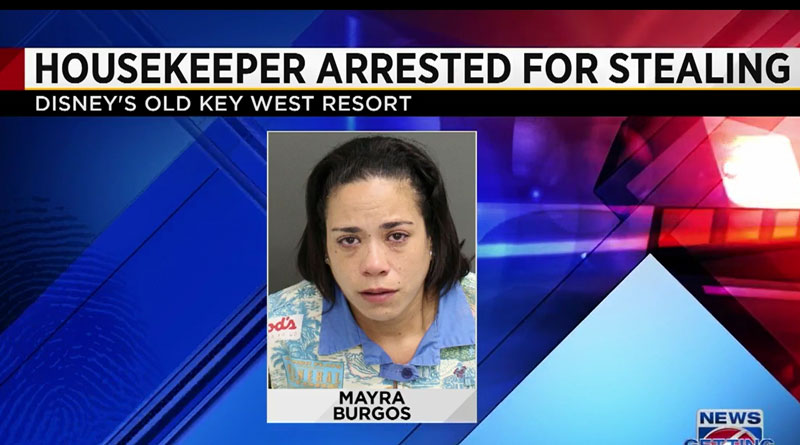 Orlando’s News 6 reports that a cast member of Old Key West has been arrested as a result of a sting operation.

After Mayra Burgos was finished cleaning one of the resort’s rooms, she pocketed $20 that had been sitting on the nightstand. What Burgos was unaware of, is that surveillance cameras had been placed by investigators to record the theft. She came under suspicion after Disney security connected a significant amount of thefts with rooms Burgos had serviced.

Burgos is facing charges, but has bonded out of jail.