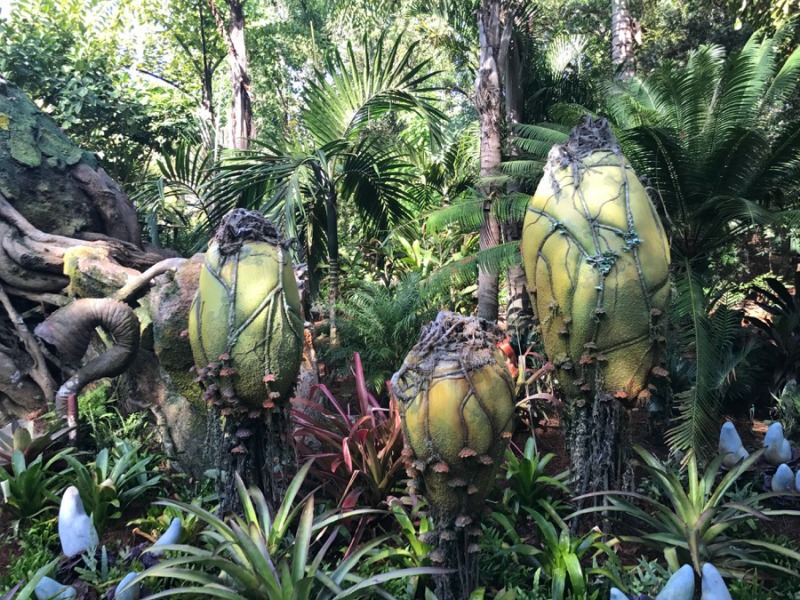 Part of creating Pandora – The World of AVATAR involved the intricate design of an entire ecosystem of plants and animals. Some might say that the biggest trick would be allowing plants from earth to live in harmony with plants from this new moon – all the while, having everything look as though it would really grow and live right where it was placed.

Similar to looking at the beautiful Tree of Life inside Disney’s Animal Kingdom, the closer you look at everything surrounding you in Pandora, the more you will see.

In the video below, the folks at Walt Disney Imagineering give us a detailed look at the land’s interactive plants and animals too.