‘Kingdom Hearts III’ Has a Release Date and a New Trailer 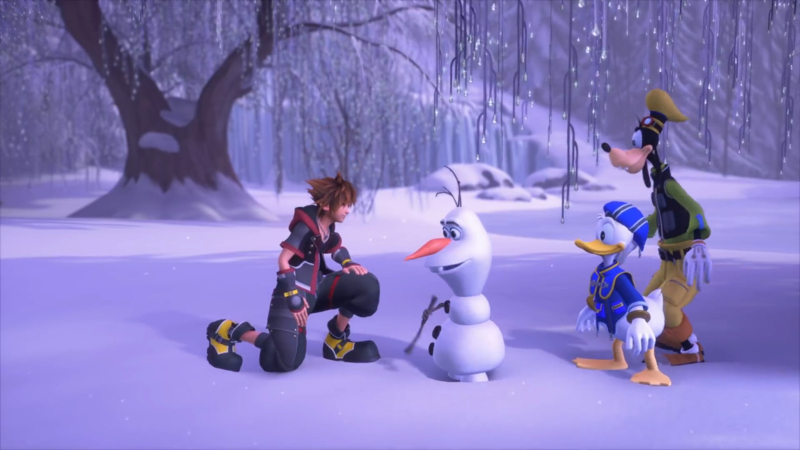 The much-anticipated ‘Kingdom Hearts III’ video game finally has a release date. The game is coming to Microsoft Xbox One and Sony PlayStation 4 on January 29, 2019.

Take a look below at the brand new trailer that was just revealed at the E3 event taking place this weekend.

Originally aired at the Xbox E3 2018 Briefing, this trailer reveals the next destination on Sora, Donald, and Goofy’s adventure: Frozen! #KH3 pic.twitter.com/KEzApF76T1

“Kingdom Hearts is the story of Light overcoming Darkness with the power of Friendship.”

“Kingdom Hearts is a series of action role-playing games developed and published by Square Enix under the direction of Tetsuya Nomura. The series is a collaboration between Square Enix and Disney.”

“Kingdom Hearts follows the main protagonist Sora, a Keyblade wielder, as he travels to many Disney worlds with Donald and Goofy to stop the Heartless invasion by sealing each world’s keyhole and restore peace to the realms.”