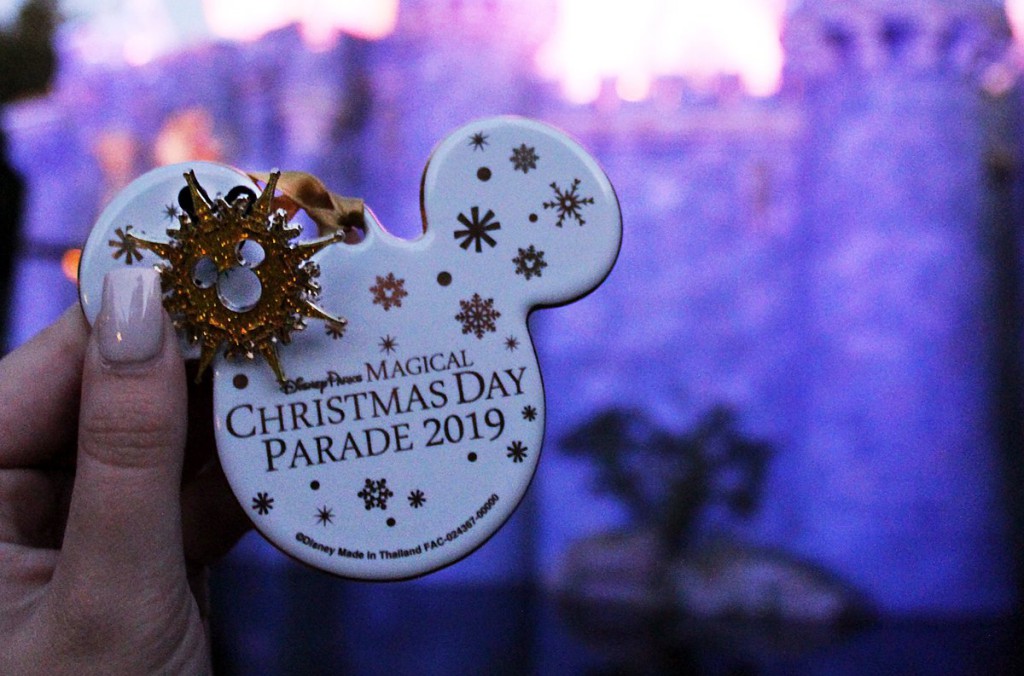 To celebrate the upcoming Disney Parks Magical Christmas Day Parade, pick up one of the new collectible pins and ornaments available at Disneyland and Walt Disney World.

At the Magic Kingdom, the pin is available now at the Emporium, with the ornament coming soon. In Disneyland Park, grab both the pin and ornament now at the China Closet.

The annual parade is one of three holiday specials that are coming to ABC and Disney Channel this year.

The Wonderful World of Disney: Magic Holiday Celebration airs Thanksgiving Day, November 28th at 8pm (eastern) on ABC and the ABC app; Disney Channel Holiday Party @ Walt Disney World is on December 13th at 8pm (eastern/pacific) on the Disney Channel and DisneyNOW app; and catch Disney Parks Magical Christmas Day Parade on Christmas Day, December 25th at 10am (eastern) or 9am (central/mountain/pacific) on ABC and the ABC app. Check your local listings, as the air times for the parade can vary.