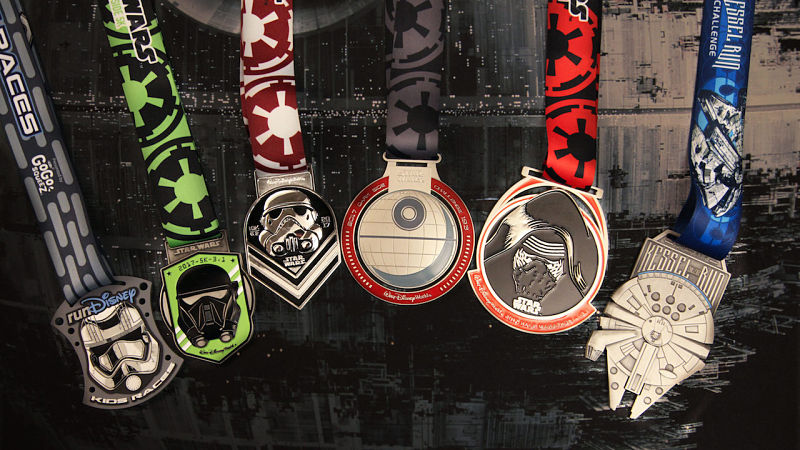 The 2nd annual Star Wars Half Marathon - The Dark Side concluded on Sunday. Samuel Souza Do Nascimento, the winner of the half marathon, was a 28-year-old from Limeira, Brazil who finished the race in 1:07:14, which vastly outpaced last year’s race record of 1:13:39. Second place went to Tyler Andrews from Arlington, Virginia with a time of 1:09:40, and third place went to Sam Montclair from Durham, North Carolina with a time of 1:13:07.

This was a successful weekend for Samuel Souza Do Nascimento as he won the Stars Wars 5K and the Star Wars 10K. He wrapped up the event, and swept all races by winning the Star Wars Half Marathon on Sunday.

Nascimento credits his success to the energy of the event saying, "Other races I have run in the past, there have been one or two people on the sideline cheering and here there is a whole different energy to it, which helped me perform at an entirely different level."

The first female to cross the finish line was Sydney Devore from Lakeland, Florida. Her time was 1:20:15, which beat her personal record by five minutes. The second and third place finishers were Floridians as well. Second place went Jacki Wachtel from New Port Richey, Florida with a time of 1:22:29, and third place went to Georganne Watson of Gainesville, Florida with a time of 1:25:44.