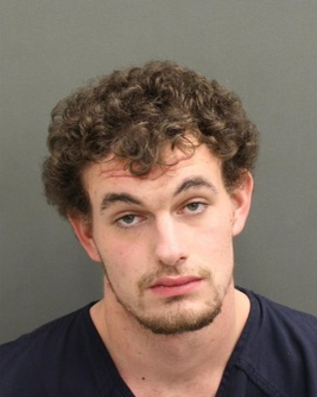 Early New Year’s Day, 20-year old Joseph Murphy was arrested on Disney property for disorderly intoxication. Several other charges against Murphy include battery on a police officer, indecent exposure of sexual organs, and resisting an officer without violence. The man continued to resist officers even after he was placed inside of a patrol cruiser by trying to choke himself and by banging his head against the partition in the vehicle while yelling, “police brutality.”

It was also reported that once the man was taken to the Orange County Jail, the man urinated on the floor and turned to face one of the officers and urinated on his pants while yelling expletives including f-Donald Trump. Murphy was then booked into jail.