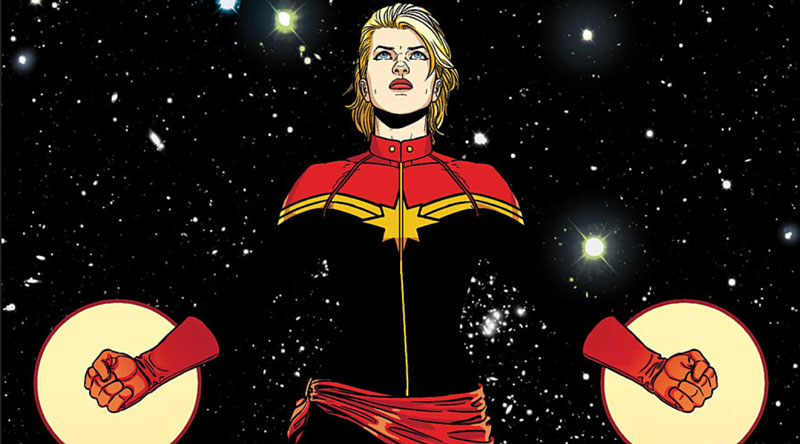 ShareTweetSubscribe
Marvel had previously announced who will be starring as Carol Danvers (or Captain Marvel when she's at work), Brie Larson, but who will they be trusting to helm this feature? That honor goes to Anna Boden and Ryan Fleck. Boden and Fleck's previous notable films were Mississippi Grind and Half Nelson, and they fit Marvel's pattern of hiring up-and-coming talent to launch new projects. Numerous contenders for the job were considered, and the studio did not want to finalize anything until they were confident of their script. They were impressed by the duos experience in both film and television, Boden and Fleck directing episodes of shows including The Affair and Billions. The script is currently being worked on by Meg LeFauve (Inside Out) and Nicole Perlman. For those with little knowledge of Marvel's heroine, the plot centers on Air Force pilot Carol Danvers. An accident fuses Danver's DNA with that of an alien; Danvers gains the fortunate side-effects of flight, increased strength, and energy manipulation. Kevin Feige will be producing the feature. Source: Variety Image: Marvel
ShareTweetSubscribe