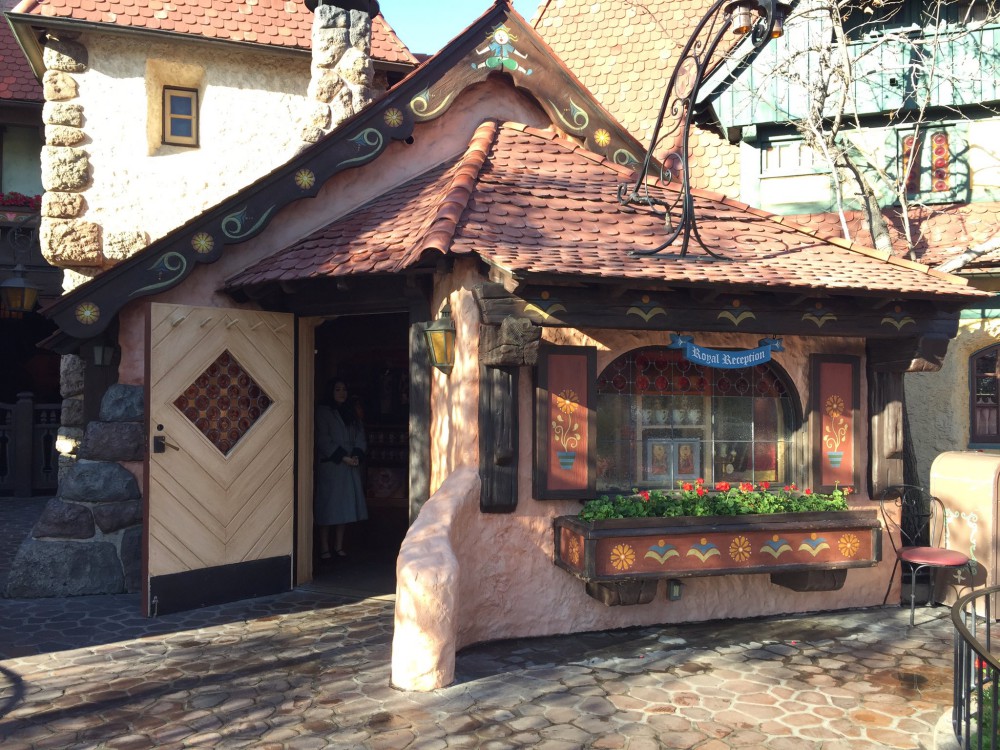 Disneyland Park is adding some fun new Beauty and the Beast experiences throughout Fantasyland that celebrate the animated feature.  In addition to the recently opened shop, Disneyland will be transforming a classic Fantasyland restaurant, adding a new meet-and-greet, plus more surprises.

As we told you last week, the new Royal Reception shop is now open and features merchandise from both the animated classic and upcoming live-action films. Meanwhile, next door at the Village Haus, things will be changing in a big way!  The quick-serve restaurant will become the Red Rose Taverne, with new murals featuring scenes from the animated classic and a new menu with French tavern-inspired favorites and signature beverages, plus Disneyland’s own version of the Grey Stuff.

Belle is an occasional guest at the Royal Hall in Fantasy Faire, but now guests will be able to trade muscle poses with Gaston as he makes his way around Fantasyland.

Fantasy Faire is also the home of two continuing favorites: Maurice’s Treats, where guests may soon be able to dip their favorite twists in the Grey Stuff; and The Royal Theatre, which presents its own take on the Beauty and the Beast story. Opening dates for these limited-time experiences have not been announced as of yet, but we’ll let you know as soon as we hear.