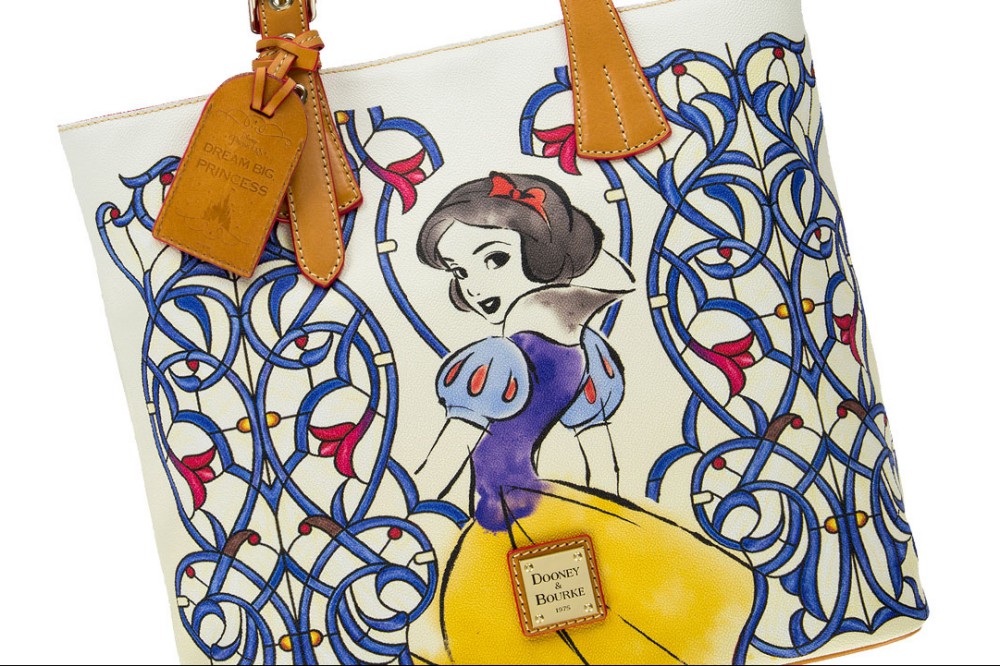 As part of its ongoing “Dream Big, Princess” campaign, Disney Parks Merchandise is releasing a new collection of Dooney & Bourke handbags celebrating the 80th anniversary of Snow White and the Seven Dwarfs. The collection consists of three bags, including the Tote, which has a single large image of Snow White, and the Satchel and Crossbody, which have the repeating pattern. All the bags have a hangtag featuring Snow White’s autograph. Designer Paola Gutierrez said that she “wanted to capture the visual effect of stained glass for this collection. You will see Snow White’s familiar colors of blue, red, and yellow in the artwork. Since rubies are usually associated with 80th anniversaries, we emphasized the color red. This is best seen with the red trim accents on each handbag, and with the iconic red apple incorporated throughout the design.”

Guests attending the release event at Uptown Jewelers on September 30th will receive a special Dooney & Bourke gift with purchase (while supplies last).

Snow White and the Seven Dwarfs premiered at the Carthay Circle Theatre on December 31, 1937.