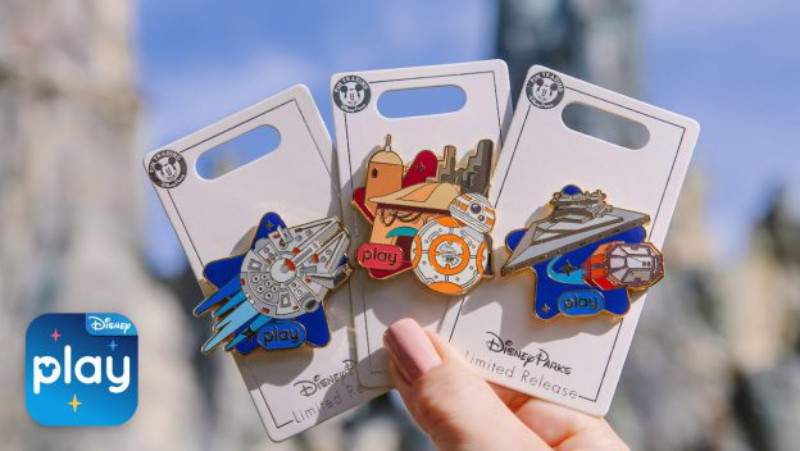 The pins feature the two attractions plus BB-8 and are available for purchase only after a guest has earned certain achievements on the Star Wars: Datapad, part of the Play Disney Parks app.

Guests can show their achievements at the following locations to purchase the corresponding pins: