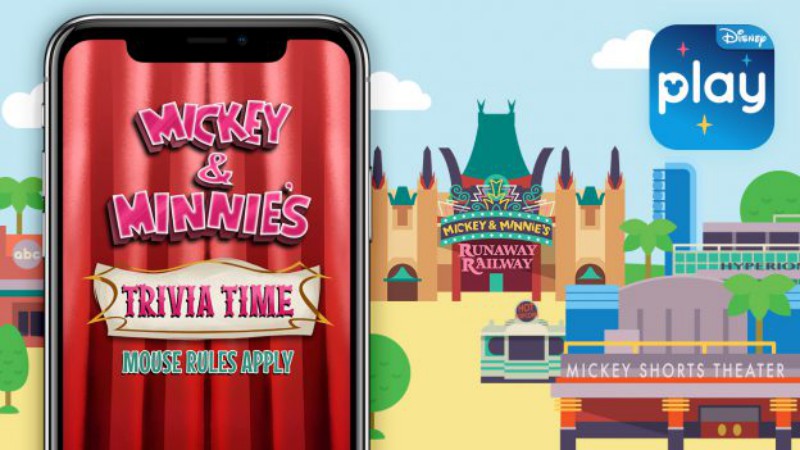 In celebration of the two new offerings coming to Disney’s Hollywood Studios, the Play Disney Parks app is introducing a new trivia game. Mickey & Minnie’s Trivia Time – Mouse Rules Apply! will premier on the app just in time for the March 4th opening of Mickey & Minnie’s Runaway Railway and the Mickey Shorts Theater.

Guests will be able to test their knowledge of Mickey and his friends in this game inspired by the Disney Channel cartoon shorts. There are five different trivia packs, some of which can only be unlocked after experiencing Runaway Railway or the new theater, while others can be played at home.

There are also some new digital achievements coming, with the “Runner-Away” achievement available at Mickey & Minnie’s Runaway Railway and the “Short Stuff” achievement at the Mickey Shorts Theater.

The free Play Disney Parks app is filled with trivia, in-queue games, and digital achievements to collect during your visit to Walt Disney World and the Disneyland Resort.

Here’s a closer look at the new games: