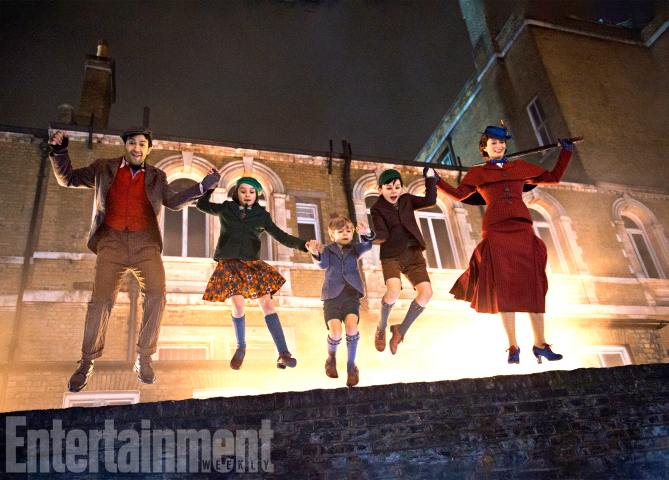 Entertainment Weekly recently shared some new photos from the upcoming film Mary Poppins Returns. The collection of photos are of the actors, director, some behind the scenes pictures of the set, and even some concept artwork for the film.

The highly-anticipated film set for a December 25, 2018 release is being directed by Rob Marshall and will star Emily Blunt, Lin-Manuel Miranda, Meryl Streep, Angela Lansbury, and many more!