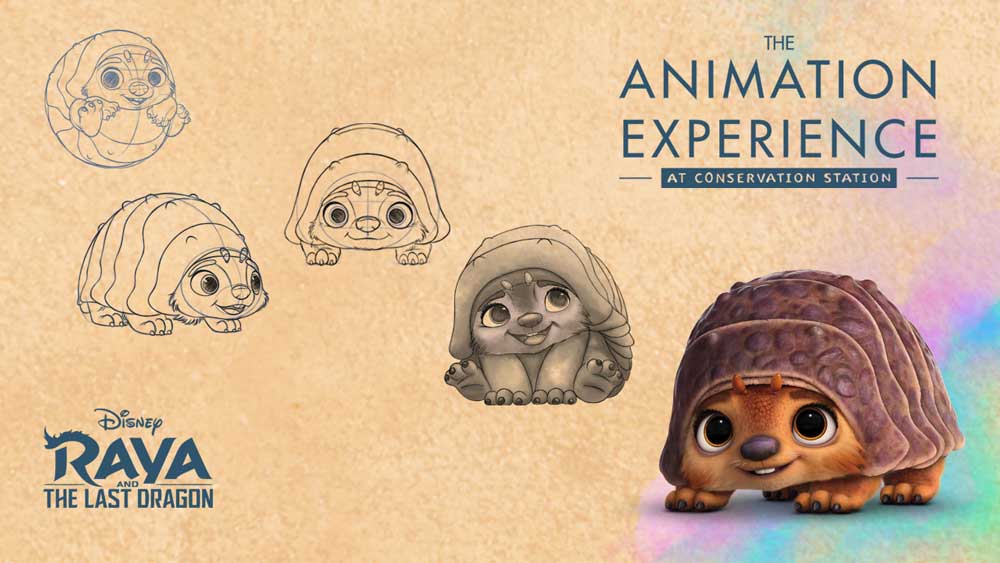 Beginning on Monday, February 22nd, guests who visit Disney's Animal Kingdom can learn how to draw new characters from Disney's upcoming Raya and the Last Dragon, including Raya’s companion Tuk Tuk, at The Animation Experience at Conservation Station.

Disney describes this character as "part-pill bug, part-pug, part-high speed off-road vehicle and all adorable, Tuk Tuk has been Raya’s best friend since she could hold him in the palm of her hand."

Related: Sometimes the Free Stuff Holds the Most Disney Magic!

Guests will get to enjoy a behind-the-scenes look at the inspiration for Tuk Tuk shared by Kelly Marie Tran (voice of Raya) and Awkwafina (voice of Sisu) as part of this new experience.

Artists are busy creating a new sand sculpture on Discovery Island Stage in celebration of the new film.  The 40-ton display will take two artists more than 24-hours to create and will include Raya, Tuk Tuk, Sisu the last dragon, and the Ongi who are set in the fantasy world of Kumandra. Guests visiting the park are invited to watch the artists hard at work from February 19th through the 21st.

The carving will remain on display at Disney’s Animal Kingdom for a limited time through the end of March.