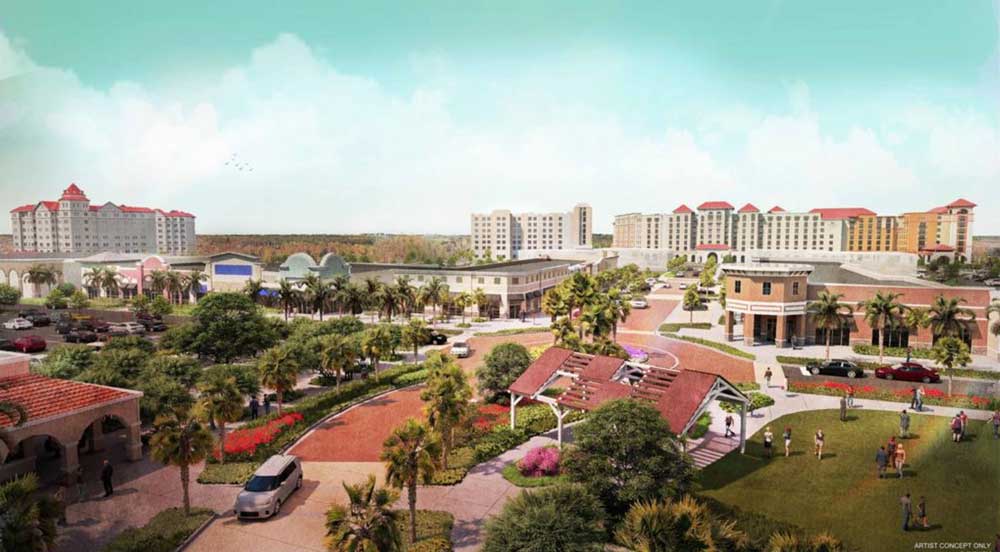 It’s been one year since Walt Disney World announced the Flamingo Crossings Town Center and today, additional retailers and restaurants have been revealed.

We know that the Town Center will have at least 50 shopping and dining options in addition to 1,700 parking spaces. A brand new Target store will be the anchor of the shopping complex and will be surrounded by the following:

A Disney spokesperson said the following in a statement:

These brands will join a stellar lineup of previously announced shops and restaurants including Target, which will serve as the primary anchor, PDQ, Five Guys, Ben & Jerry’s and Dunkin’. Walgreens is also currently under construction on an outparcel.

While previous reports noted that Target will open at some point in 2021, opening dates for the other retailers and restaurants have not yet been announced.

In addition to new shops and eateries, Fairfield and Residence Inn by Marriott, Homewood Suites and Home2 Suites by Hilton are set to open in 2021. A new Hampton by Hilton is also set to open later in 2021.