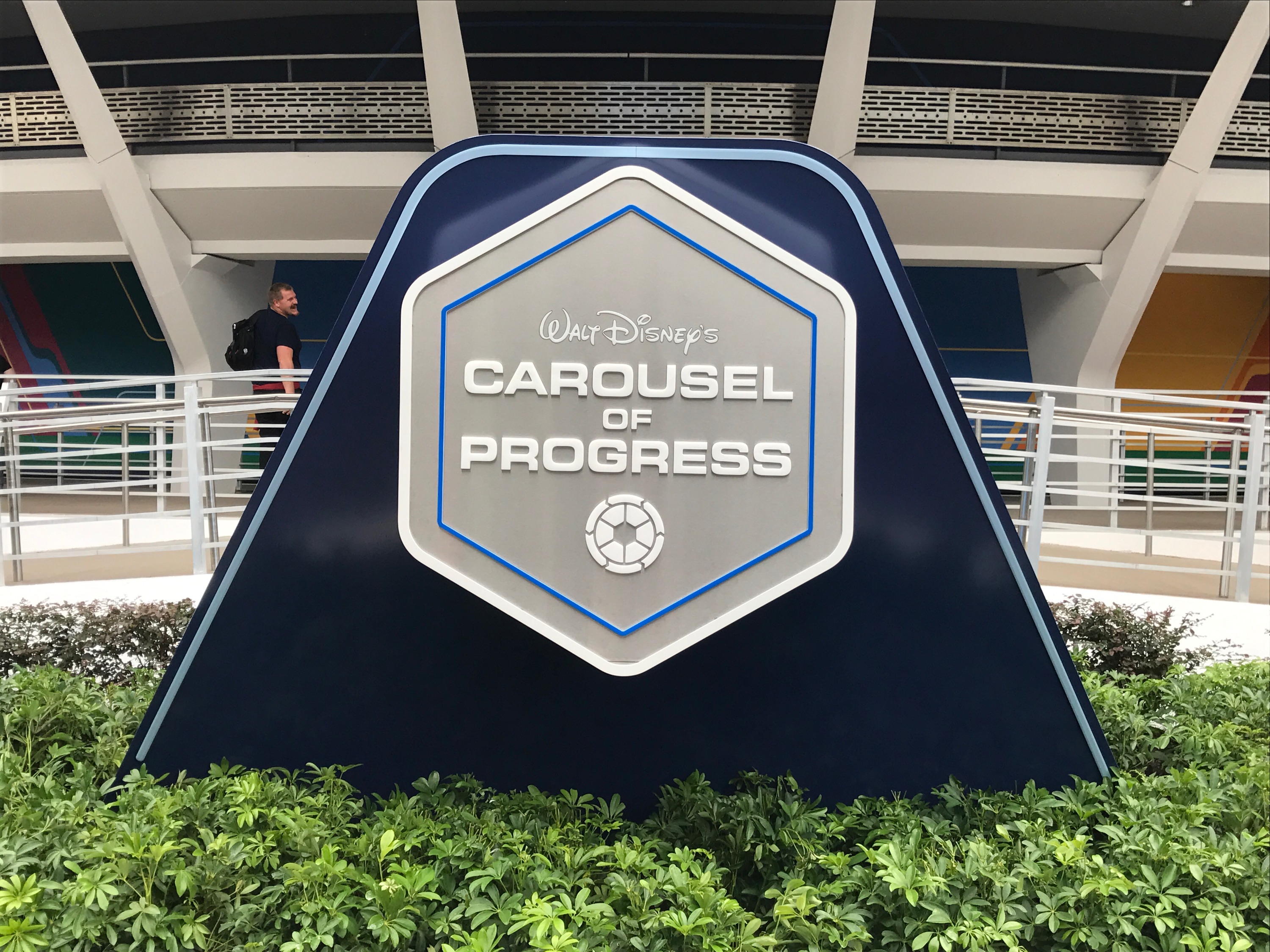 ShareTweetSubscribe
As part of the ongoing makeover happening in Tomorrowland at the Magic Kingdom, a new sign was installed overnight at the Carousel of Progress.  The rest of the building was painted in July, bringing a fresh new look to the classic attraction. Just as a reminder, here's what the attraction looked like previously: As we reported earlier this month, the rocks near the entrance to Tomorrowland have been painted a futuristic bluish-purple color.  At that time, only one half of them were done, but today, both sides appear to be nearing completion. The Tomorrowland Transit Authority PeopleMover was the first of the Tomorrowland attractions to get a new paint job, receiving its makeover back in 2014. None of these makeover projects were announced publicly, so it will be interesting to watch the progress and see if anything else in Tomorrowland gets a face lift!  We do know that Stitch's Great Escape will cease daily operation next week and will be open seasonally, but there's no word yet on what exactly that means for the attraction's future.  Rumors are that a Wreck-It Ralph attraction could be coming in its place. What do you think of the changes? Do you like Tomorrowland's new look?
ShareTweetSubscribe