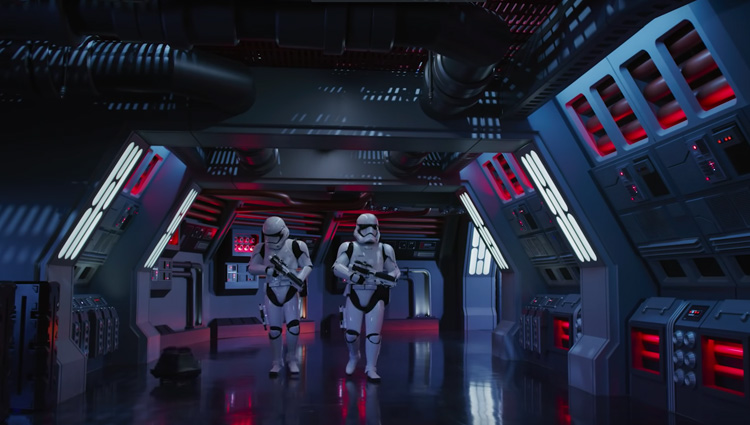 UPDATE 12/4/18: According to a tweet from a New York Times reporter, the Millennium Falcon: Smuggler’s Run attraction will have the capacity to handle 1,800 guests per hour.

I tried a test version of the Millennium Falcon ride as part of reporting. Built in a CA warehouse. I must say, pretty amazing. You’re in the cockpit with only a few others. But they will have enough pods to handle 1,800 people/hour. https://t.co/sZqTbu9n7b

Disney also released a teaser of the attraction, which can be seen below:

A sneak peek of Star Wars: Rise of the Resistance was also released. The video seen below is actual video shot in the attraction!

Disney will be integrating the use of the Play Disney Parks app with the two attractions to keep guests busy while they wait in line.

It was also announced that the iconic composer John Williams will be creating new and original music exclusively for the land! A quick preview of the music was shared and can be heard in the video below.