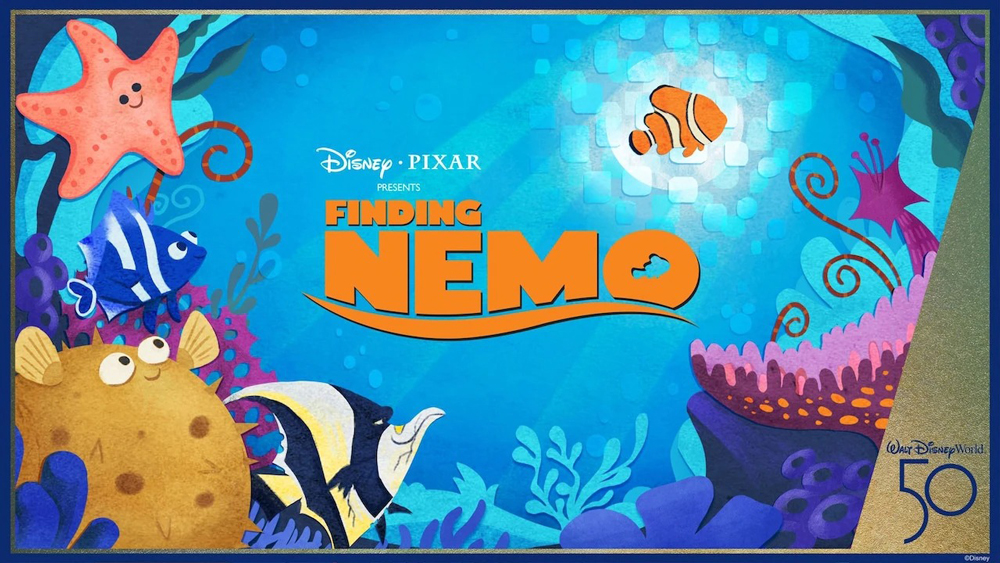 UPDATE 6/3/22: It has just been announced that Finding Nemo: The Big Blue… and Beyond will make its debut on June 13, 2022 at Disney’s Animal Kingdom!

Walt Disney World has announced that more live entertainment will be returning to Animal Kingdom “in the coming months.”

They’ve revealed that Finding Nemo: The Musical has been “newly updated” and has a brand new name: Finding Nemo: The Big Blue… and Beyond. While they didn’t share the specifics on the updates we’ll see in the show, they mentioned that the creative team behind the production will “bring a whole new point of view to the familiar tale of Nemo and friends” and we are excited to hear that it’s coming back!

In addition, guests who visit the park will be able to visit with Mickey & Minnie at Adventurers Outpost soon.

The Festival of the Lion King has some updates as well! The beloved Tumble Monkeys will be back to their acrobatic hijinks this summer and the show’s iconic birds will once again soar above the stage!

Lastly, but certainly not least, Disney announced that they will be “shifting the focus” of Disney KiteTails so guests will be able to experience the show “from anywhere around the Discovery River Lagoon, with shorter and more frequent performances throughout the day.”