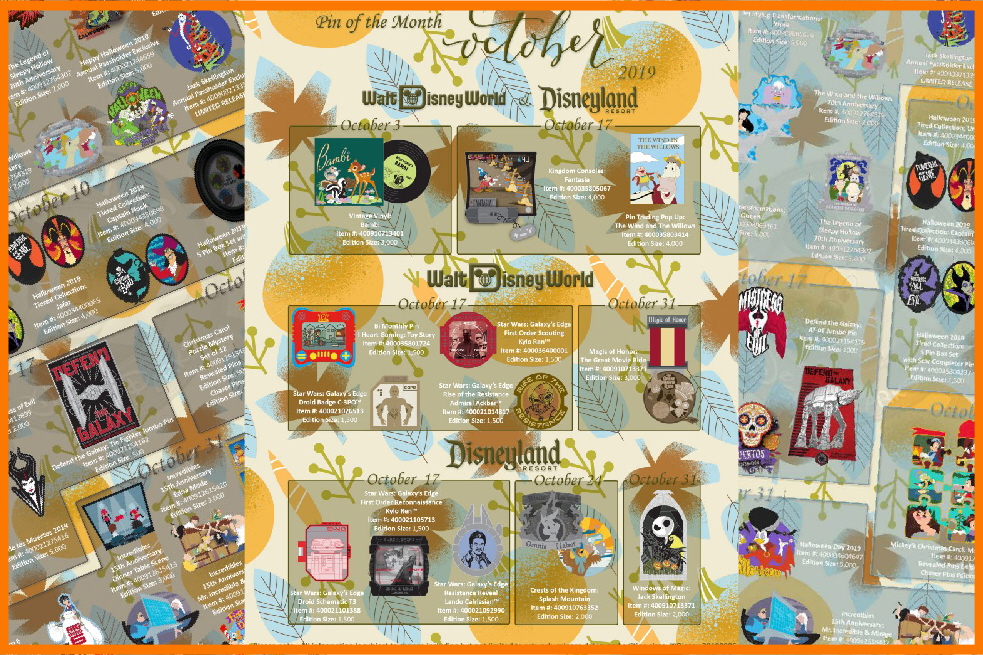 Pin collectors will be glad to know that both the Walt Disney World and Disneyland Resorts have announced their pin releases for October 2019, including the Pin of the Month.

At Walt Disney World, the Disney Villains are out in force for Halloween, with pins featuring Yzma, Ursula, Jafar, and more.

There are also pins celebrating The Wind in the Willows, The Legend of Sleepy Hollow, Maleficent: Mistress of Evil, and the 15th anniversary of The Incredibles. 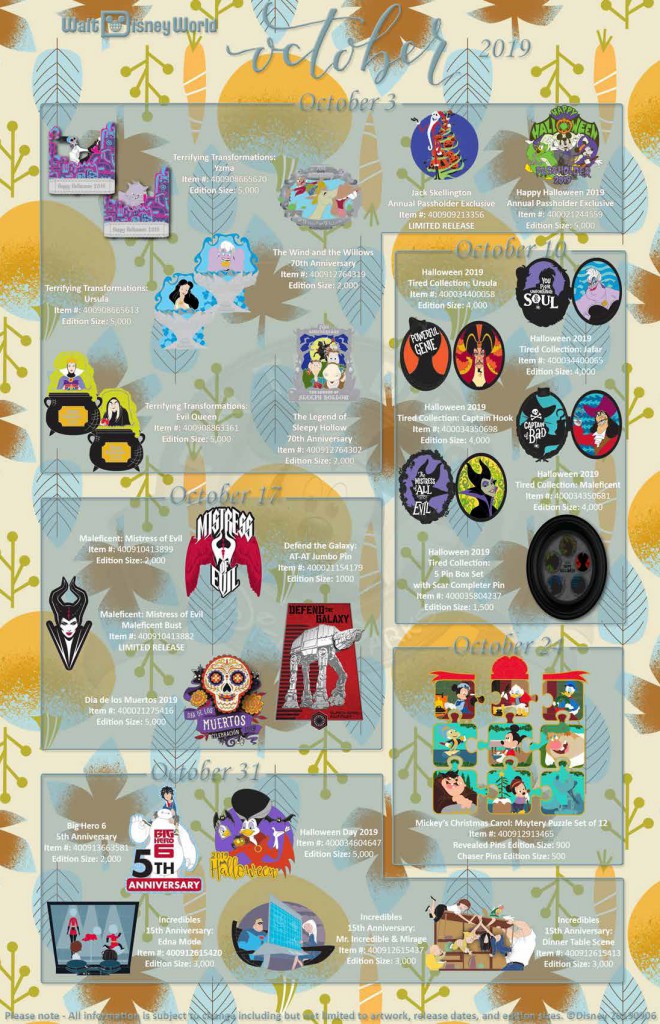 Also look for pins honoring The Incredibles, Big Hero 6, and the 70th anniversary of The Wind in the Willows. 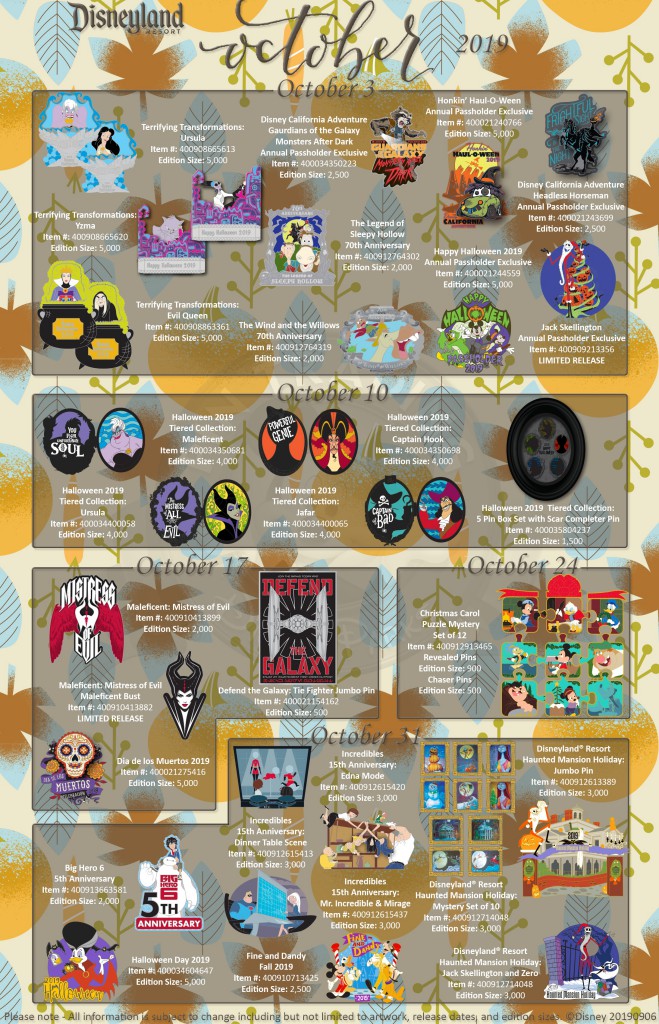 Here are the October 2019 Pin of the Month releases: 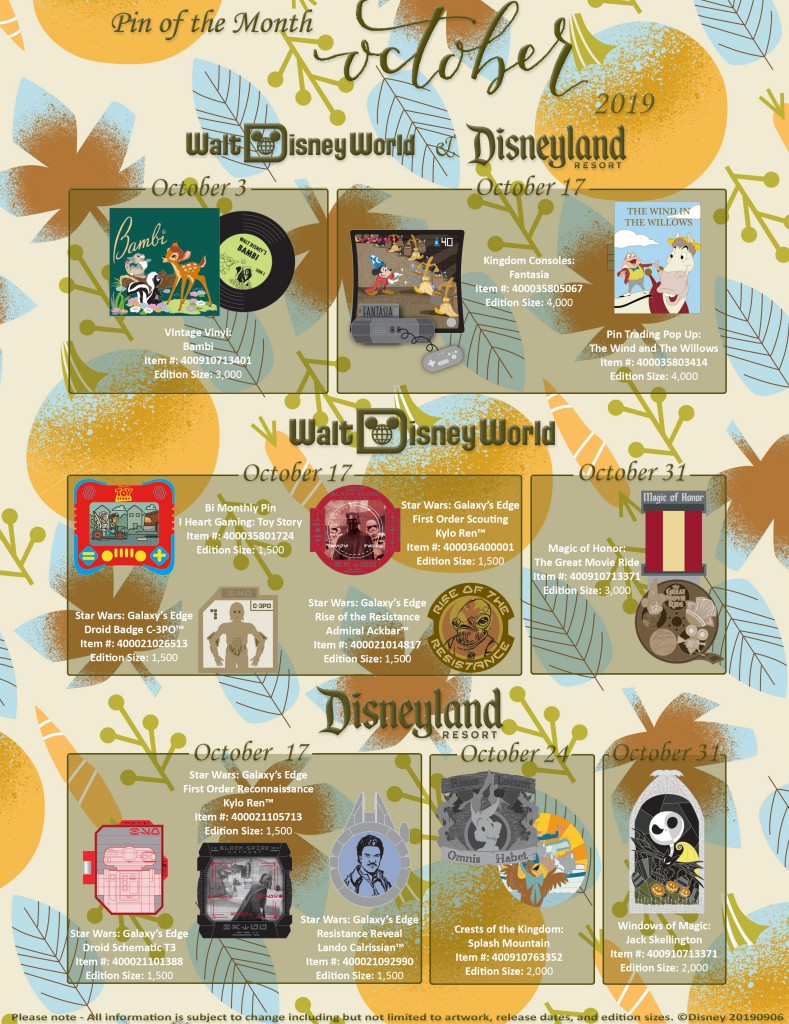 Pins are released at select merchandise locations and are available while supplies last.