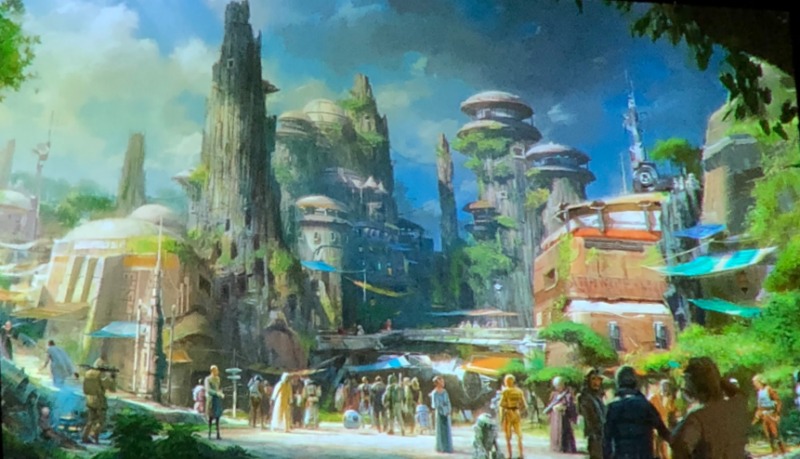 During a special discussion panel, new details were shared regarding the upcoming Star Wars: Galaxy’s Edge including the name of the village on Batuu which will officially be Black Spire Outpost. It has been said that this will be the location where your adventure will begin.

Read below for some history behind the name from the Disney Parks Blog:

“The largest settlement on the planet Batuu, Black Spire Outpost is an infamous stop for traders, adventurers, and smugglers traveling around the Outer Rim and Wild Space. Off the beaten path, this outpost has become a haven for the galaxy’s most colorful — and notorious — characters. Widely known for the petrified remains of its once-towering ancient trees, the spires now stand guard across the river valleys and plains and have long captured the imagination of travelers to this planet. To the first settlers, these petrified spires became more than just landmarks; they became the heart of the outpost itself.”

Stay tuned as we’ll continue to share details here as they are revealed.

Watch the video below for the full panel!