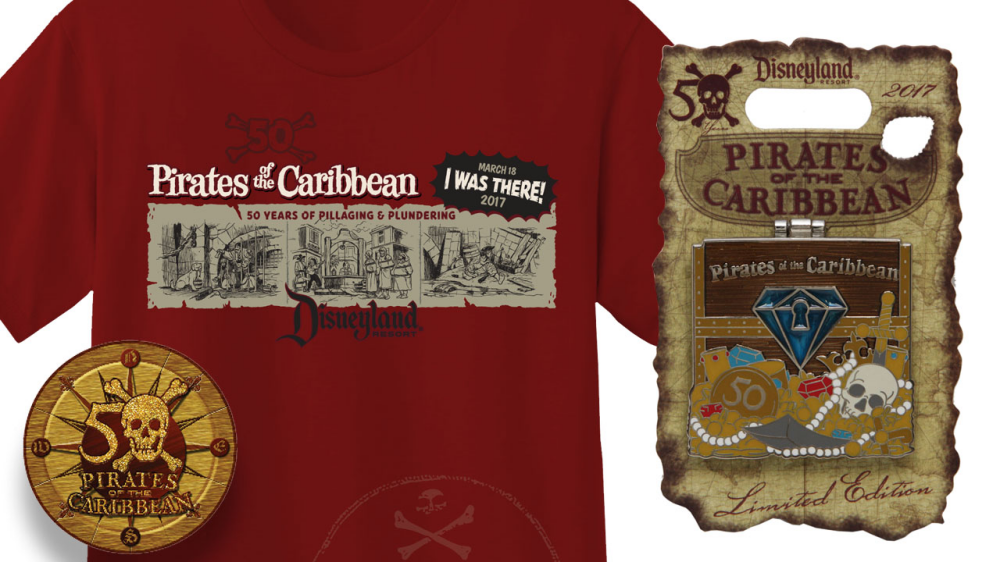 In addition to food and entertainment that has already been announced, the Disneyland Resort has now released a look at the merchandise that will be available beginning this weekend in celebration of the 50th anniversary of Pirates of the Caribbean at Disneyland Park.

The limited edition pins have an edition size of 2,500 while 500 of the boxed sets will be available.  The Annual Passholder pin is limited to 3,000. Also this weekend, guests will also find two “I Was There” shirts, red for the general public and blue for Annual Passholders.  Shirts will be available at the Disneyana shop and at Pieces of Eight. If you’re not able to make it out to the Parks this weekend, the red “I Was There” shirt will be available online from March 20th to March 26th at the Disney Store’s website.