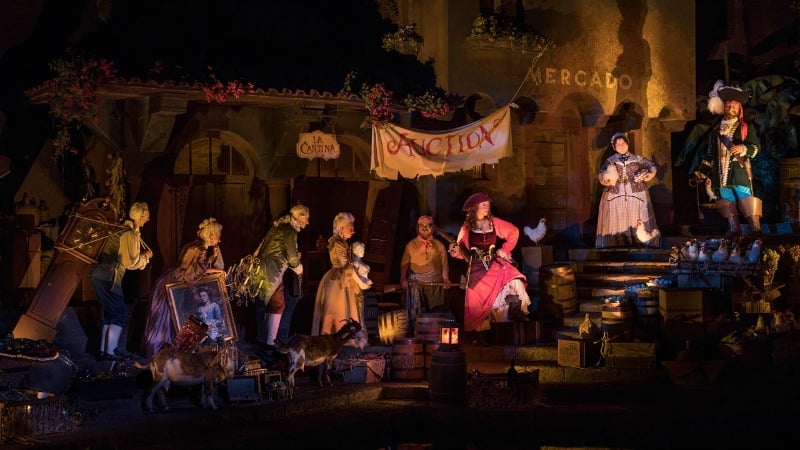 The newly refurbished Pirates of the Caribbean attraction is set to reopen today at Magic Kingdom Park! Guests will be introduced to the brand new version of the attraction’s auction scene that was first announced last summer.

“Just as Walt Disney embraced and encouraged Disney Parks to ‘keep moving forward’ since the opening of Disneyland Park in 1955, Walt Disney Imagineering has introduced many new characters at Pirates of the Caribbean attraction over the years.”

“The pirate auctioneer now oversees a sale of the townspeople’s most prized possessions and goods. In this scene, the familiar redhead figure has switched sides to become a pirate named Redd, who’s just pillaged the town’s rum supply and has something to say about it.”

You can see what the new scene will look like in the photo above.