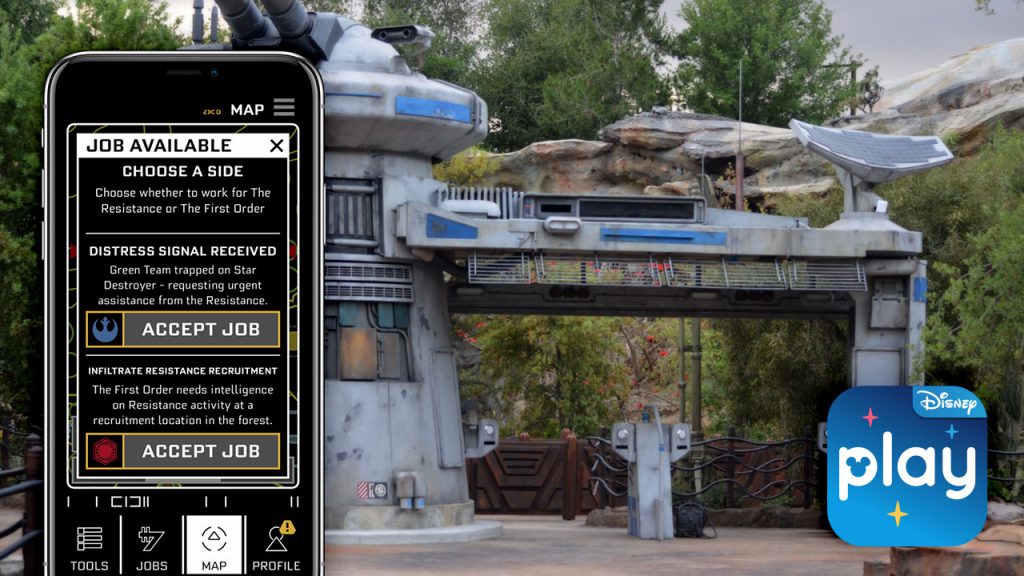 With Star Wars: Rise of the Resistance opening soon in Star Wars: Galaxy’s Edge at Disney’s Hollywood Studios, the Play Disney Parks app has been updated with two new assignments.

While in the Black Spire Outpost on Batuu, the smartphone app becomes a Datapad that lets you interact with the land and earn credits by completing jobs. Near the new attraction, you’ll find two new interactive jobs to complete, one for the First Order and another for the Resistance.

If you’re helping the Resistance, you’ll get a distress signal from Finn, who is undercover aboard a Star Destroyer above Batuu. You’ll need to help him navigate the ship, then free prisoners, reprogram droids, and maybe even gather information on the First Order. Based on what you share with Finn, you’ll receive exclusive new items and schematics.

First Order loyalists will communicate with a First Order officer, who will have you survey and report back on Resistance supplies. You’ll work with the officer to scan crates, intercept transmissions, and plant tracking devices.

You’ll find this new jobs under the Star Destroyer icon on your Datapad.

The Play Disney Parks app is available on both the Apple App Store or the Google Play Store.