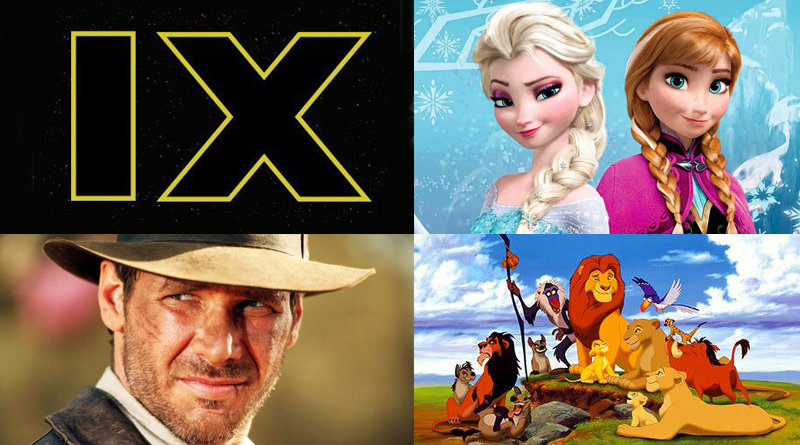 The release dates for Star Wars: Episode IX, The Lion King, Frozen 2, and Indiana Jones have all been announced. All four films are highly anticipated, and are all predicted to do very well in the box-office.

Star Wars: Episode IX is now set for May 24, 2019. The ninth film of the Skywalker saga will be directed by Colin Trevorrow, who directed Jurassic World.

Anna and Elsa will return on November 27, 2019 as they bring Arendelle back to the big screen in Frozen 2. The film’s release date was announced on Kristen Bell’s (the voice of Anna) Twitter account.

Lastly, the new Indiana Jones film will be released on July 10, 2020. Harrison Ford is slated to return as the extremely adventurous archaeologist. Steven Spielberg will be directing.