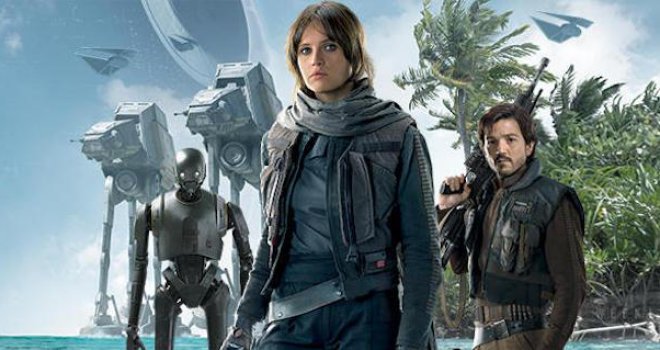 Rogue One: A Star Wars Story was the top film in the box office this weekend, bringing in an estimated $155 million domestically and $290.5 million globally. The film’s success led to “the third largest opening of the year, the fourth largest December weekend in history, and the twelfth largest opening of all-time.” Rogue One also becomes the second December opening to hit over $100 million; 2015’s Star Wars: The Force Awakens was the first.

Rogue One has received an “A” rating on CinemaScore and an 84% on RottenTomatoes, and after only being in theaters for three days, it is already the 15th highest grossing release of 2016. There are five new wide releases coming out over the next couple of weeks for the holiday season that have the potential to give it some competition, including Assassin’s Creed, Passengers, and Sing.