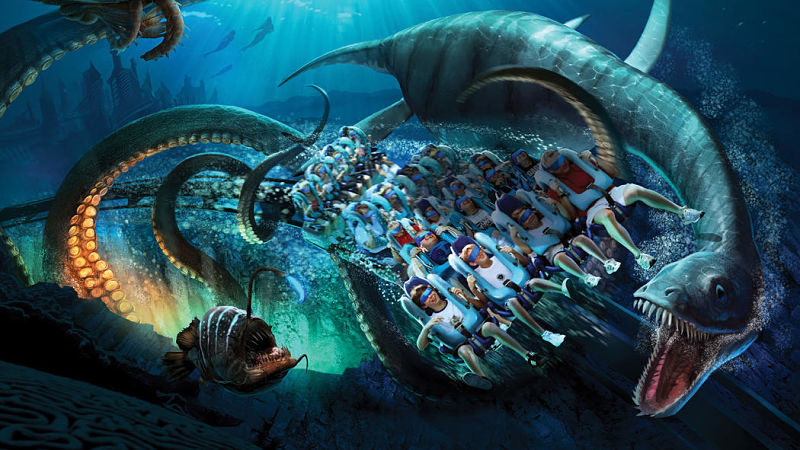 According to the Orlando Sentinel, SeaWorld’s remodel of the Kraken roller coaster will involve more than just the addition of the virtual-reality headsets. When the massive thrill attraction reopens as Kraken Unleashed in June, guests will notice many physical changes to the area around the coaster, including the missing “enormous eel-like kraken creature – big enough for people to walk under and for the coaster to speed through – near the ride’s entrance.” This change was made because the Kraken that guests will see in the virtual-reality headsets is a different type of mythical species than the one that originally inspired the ride.

The theming and story surrounding the attraction will also be more fleshed out then the original iteration of the attraction. In the new version guests will see visual clues that the mythical beast is not happy that guests are there. According to the vice president of theme-park experience for SeaWorld Parks & Resorts Brian Morrow, guests will “walk through scenes that represent a sea base off the shore of the Greek island of Mykonos that was established by an adventure capitalist.” Essentially the area will look like a “repurposed fishing village.”

The reimagined attraction’s queue will explain to guests how the virtual-reality experience will work, and will provide the themed reason for wearing the goggles. The goggles will be guests’ “virtual submarine” where they will be exploring “an underwater geological formation.”