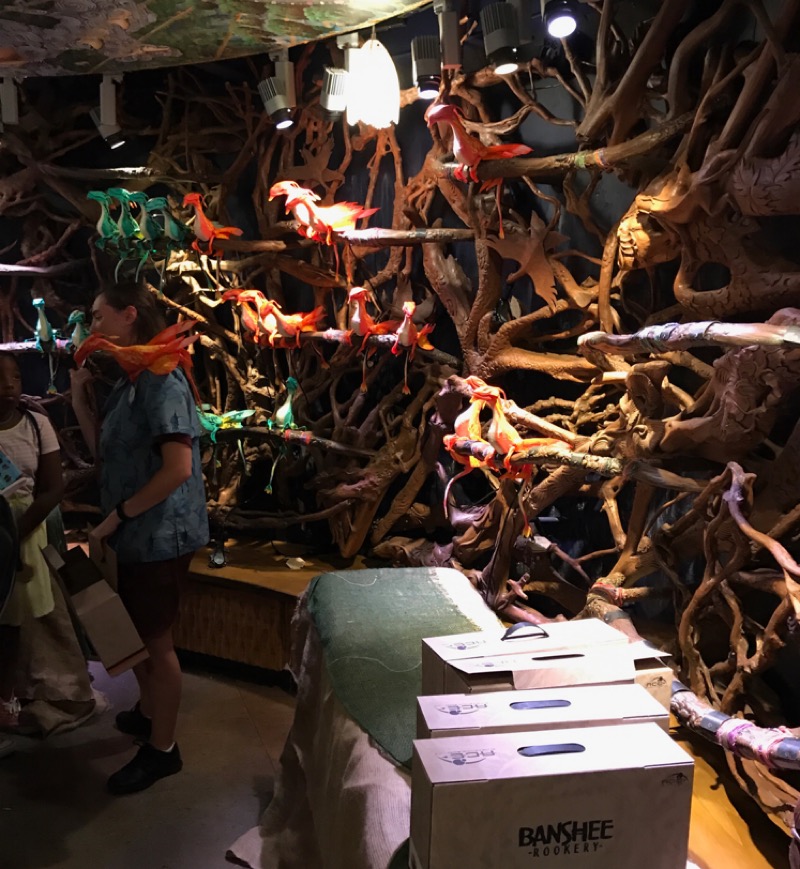 If you’re lucky enough to be heading to Pandora – The World of AVATAR at Disney’s Animal Kingdom today, you might be in luck if a shoulder banshee is on your wish list. Their insane popularity has left the branches in The Rookery with the stuffed version of the banshees for the last couple of weeks. Late in the evening on June 21, Cast Members at Windtraders, the only merchandise shop on Pandora, were spotted unboxing newly arriving banshees and placing them in The Rookery. The Cast Members said that the small number of banshees that flew in today will be all they receive for now until their next shipment and they don’t expect these to last long. They also mentioned that it varies how many and when the banshees fly into the store – so, there is no way to know when more will come.