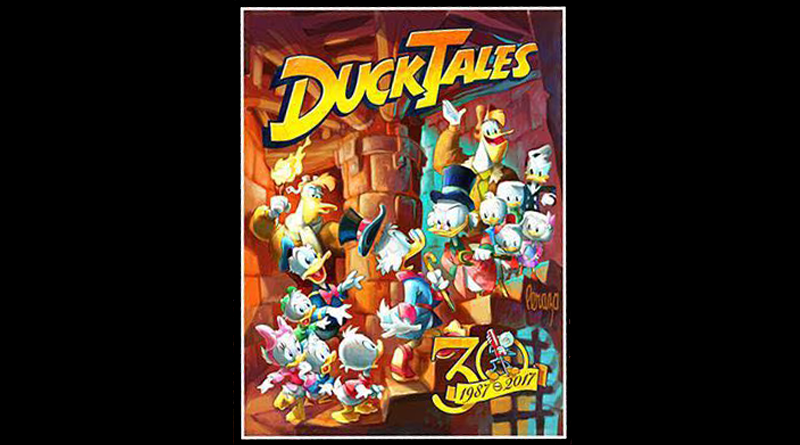 ShareTweetSubscribe
As DuckTales celebrates its 30th anniversary, Disney artist Mike Peraza has created a limited edition print for the D23 Expo 2017 that commemorates the show. The special print titled “Beak to Beak” brings together the 1987 and 2017 versions of Scrooge McDuck alongside Donald Duck, Huey, Dewey, and Louie, and the rest of the crew. The original show premiered on September 18, 1987. Now, 30 years later, the DuckTales series returns to air on Saturday August 12, 2017. The show will move to its regular time slot on September 23, 2017. The artist of the print, Mike Peraza, also helped design the original series.