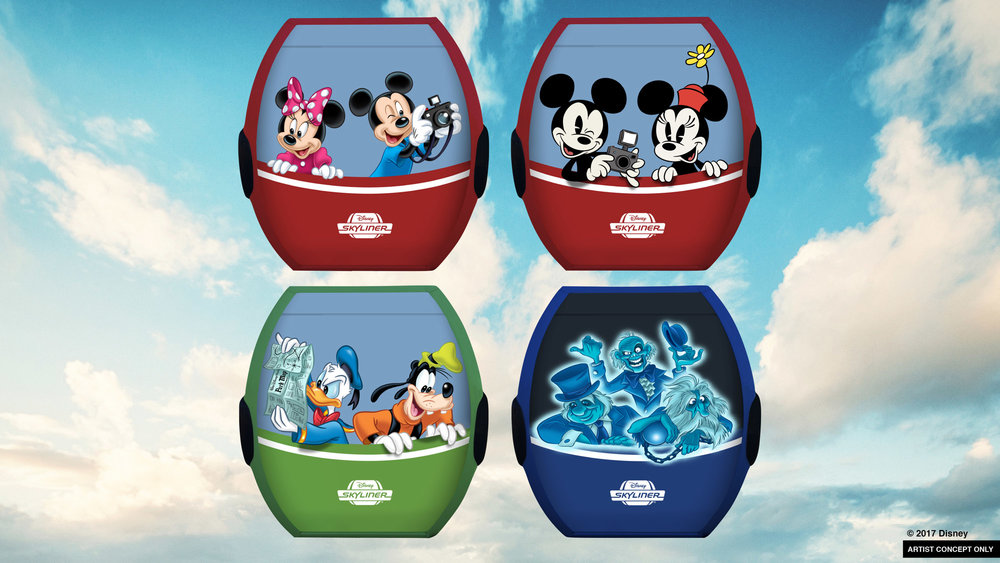 Disney has just shared some new details about the theming of the Skyliner gondolas, the brand new transportation system that is opening later this year at the Walt Disney World Resort.

As we’ve previously reported, some of the gondola cabins will be decked out with graphics based on Disney films, attractions, and characters. For example, when looking at some of the cabins from the ground, it will appear as though characters such as Mickey Mouse, Minnie Mouse, Pluto or Chip & Dale are riding along with guests. In addition to character representation, some Disney animated films will be represented as well including Beauty & the Beast, Frozen, Lilo & Stitch, Moana, Peter Pan, The Princess and the Frog, Ralph Breaks the Internet, Snow White and the Seven Dwarfs, and Zootopia.

Other themed gondola cabins guests can expect to see include:

Many guests have seen gondolas testing this week around the Walt Disney World Resort; take a look at the video below to hear from an Imagineer and to see some of the first delivery of gondola cabins.