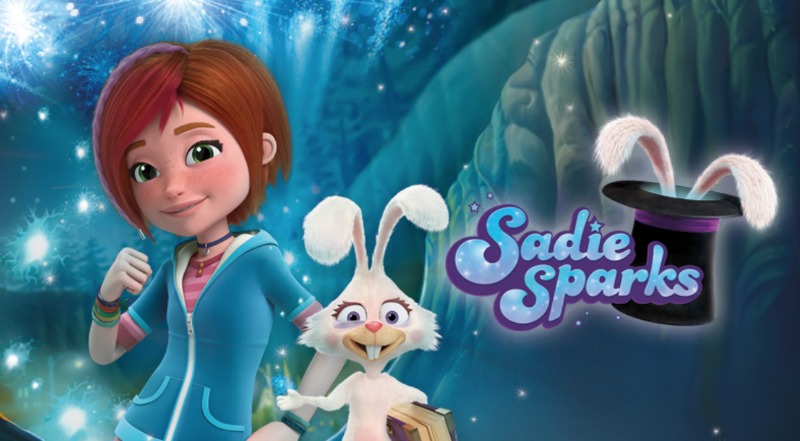 Sadie Sparks will roll out in 2019 and follows the enchanting story of a 14-year-old wizard-in-training and her very old and very grumpy rabbit mentor named Gilbert.

The show will combine two animation styles, the Magical Realm will appear in 2D and the human world in CGI. Sadie and Gilbert will reportedly “hop between the two worlds using their magician’s hat portal.”

Official details on who’s involved: The show is “co-produced by Brown Bag Films in Dublin and Cyber Group Studios in Paris, and also features other voices from Sammy Moore (The Evermoor Chronicles), Tyger Drew-Honey (

“Animation is integral to the storytelling and heart of Disney Channel and we’re excited for our audiences to get to know this new band of mysterious and wonderful characters, as we follow our protagonist Sadie who learns to master her wizarding powers with the help of her best friend, as well as juggling normal 14-year old challenges, such as high school and forming unbreakable friendships. There is a lot of heart and warmth to Sadie Sparks, which we believe will really resonate with Disney Channel fans.”