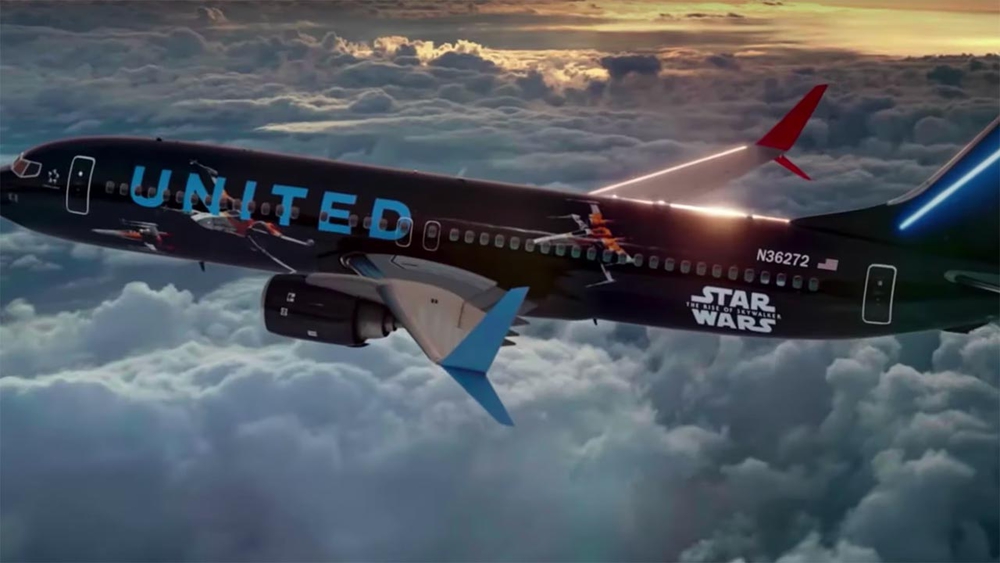 Star Wars fans have something new to look forward to when flying the friendly skies, and it reflects both the light and the dark side of the Force.

United Airlines has introduced a new Boeing 737-800 aircraft to its fleet, and it celebrates the December 20th opening of the last movie in the Skywalker saga, Star Wars: The Rise of Skywalker.  The aircraft’s tail features a light side lightsaber on one side, and a dark side saber on the other. The headrests are upholstered with the emblems of both the Resistance and the First Order. X-wings and TIE fighters adorn the airplane’s exterior.

Guests are treated to a Star Wars-themed musical score when boarding the aircraft, and the inflight safety video features characters from Star Wars: The Rise of Skywalker. Commemorative pins will be given out throughout December to celebrate the movie’s debut.

Take a peek inside of the plane and listen what those who have flown on it have to say about their experience onboard below.