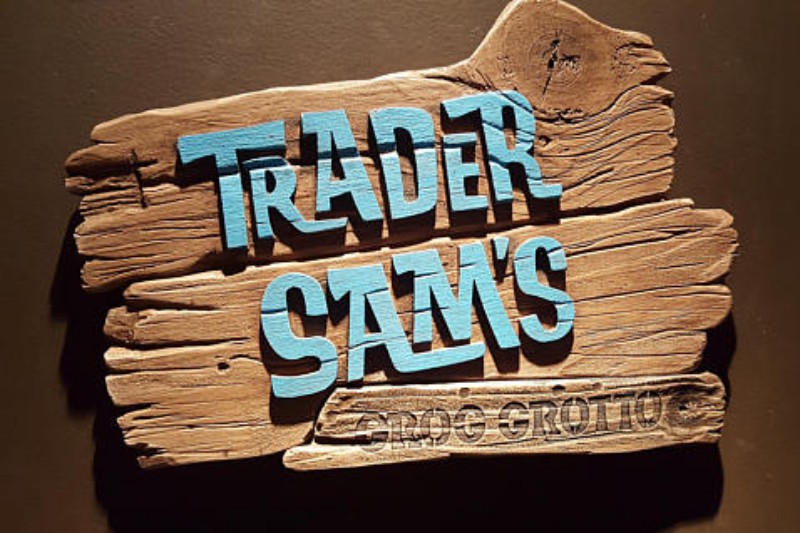 UPDATE 10/12/18: The Hatbox Ghost Tiki Mug is heading west and will soon be available at Trader Sam’s Enchanted Tiki Bar in the Disneyland Hotel at the Disneyland Resort. The mug, will be debut on October 16th, beginning at 7am. There is a limit of 2 per guest.

The Disneyland version of the mug is different from the Walt Disney World version, with the ghost’s face in-place, and not in the hat box. Reports are that the retail price of the mug is around $30 and it can come filled with either the Grim Grinning Grog or non-alcoholic Foolish Mortal. The Grim Grinning Grog is made with Gosling’s Black Seal Rum, Barbancourt Pango Rhum, passion fruit-orange-guava juice, lime juice, blood orange, falernum, and angostura bitters. The Foolish Mortal has pineapple juice, orange juice, and grenadine with flavors of mango, guava, and ginger. As always, quantities of this special mug are limited.