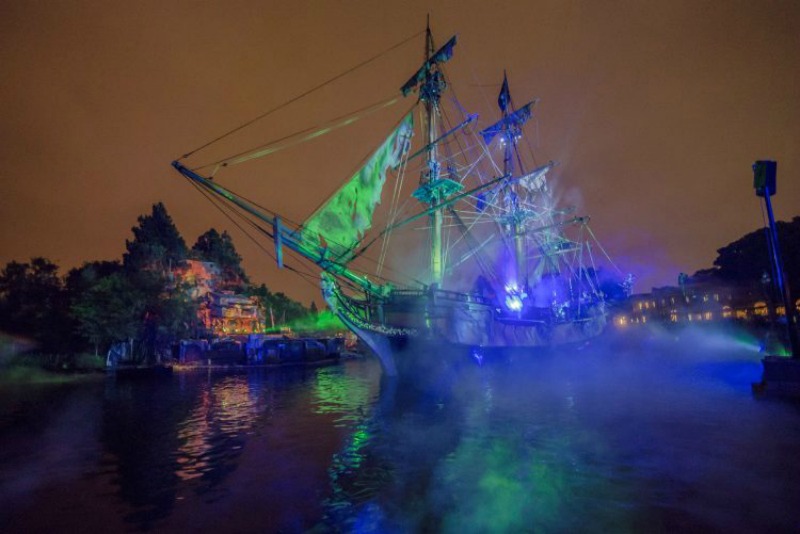 Yesterday at the Walt Disney Parks and Resorts panel, we were presented with a huge surprise of a special sneak peek at the soft-opening of Fantasmic! The updated show had some huge upgrades that included new characters, new projection technology and a ton of excitement!

Aladdin, Jasmine, Rapunzel, and Flynn Rider were added to the Princess sequence:

The Peter Pan sequence was replaced with Jack Sparrow and the Pirates of the Caribbean:

A Lion King section was also added. Take a look below for the entire show with new scenes in 4K: